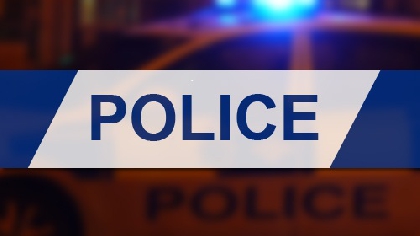 Detectives investigating a violent incident in Chester are appealing for information and footage from members of the public.

Shortly after 4.30pm on Friday 20 September an unknown man holding a wooden bat attempted to force his way into a house on Harthill Road in Blacon after the front door had been opened to him.

He swung the bat at a 19-year-old man inside the address and verbally abused him.

The bat did not connect with the victim and the offender was bundled out of the house by the occupants.

He then smashed the front window with the bat and fled on foot in the direction of Hatton Road.

One of the occupants, a 27-year-old man, sustained minor injuries as a result of the window being smashed.

The occupants do not know the offender.

He is described as white, short, slim and aged approximately in his early 20s.

The offender was wearing a grey hoodie with the hood up over his head and had a dark coloured scarf/mask covering his face.

He was also wearing black tracksuit bottoms and grey gloves and he spoke with a local accent.

Enquiries in relation to the incident are ongoing and detectives are urging anyone with information or footage regarding the offender to come forward.

Detective Constable Keith Campbell, of Chester CID, said: “Thankfully no-one sustained serious injuries as a result of this incident but the occupants have understandably been left shaken up following the frightening ordeal.

“I would like to reassure the community that it is believed to be an isolated incident and we are doing everything we can to try to identify the offender and make him face the consequences of his actions.

“Enquiries are ongoing and I urge anyone who was in the area and believes that they may have seen the offender, either before he attempted to force his way into the house or as he was fleeing the scene, to contact the team here at Chester CID.

“The same goes for anyone who believes they may know who the offender is, or have CCTV or dashcam footage of him.”