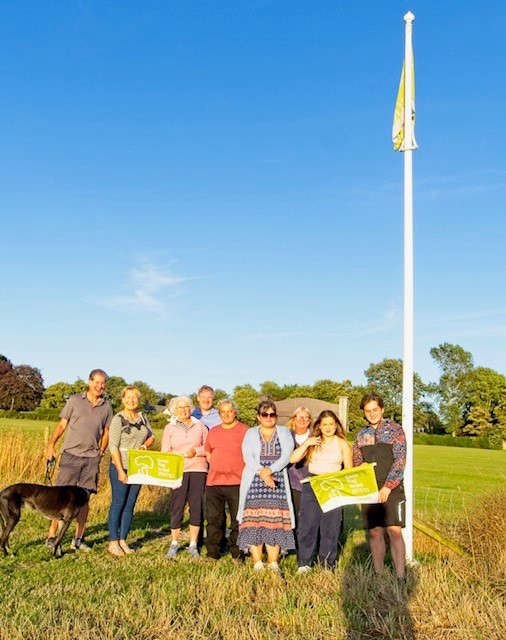 Proud supporters of a park facility have been celebrating receiving a much-coveted environmental award for a decade.

Community Green Flag status has been awarded to the Friends of Parkgate Fields for 10 years running, which their MP has described as a ‘tremendous achievement’.

Justin Madders, MP for Ellesmere Port and Neston, has written a letter of congratulation to Colin Nicol, who leads the Friends group. In his letter he said: “The Community Green Flag 2022 comments and results are outstanding and reflect the quality of your leadership as chairman and the hard work of the Friends of Parkgate Fields committee, volunteers and members.

“I am very pleased to learn that your biodiversity projects are so well supported by Roger Goulding, Tim Lloyd and Andy James of Cheshire West and Chester Council.

“I also commend Parkgate Ward councillor Martin Barker and PCSO Sarah Duffy. I hear they were not only able to support the project financially but also participated in the community show event.

“You have been awarded Community Green Flag status for the 10th consecutive year which is a tremendous achievement. Well done to all concerned.”

Among advisory comments, the judge described the 2022 award submission as “one of, if not, the best presentation I have come across in all my 18 years of Green Flag days.

“Thank you for letting me share your adventure. Continue with the way you present yourselves as Friends.”

In particular, compliments about the facility on the Cheshire/Wirral border were made in recognition of a new pond attraction alongside an abundance of wild flower areas and well thought out habitats to encourage bees.

More generally, the fields were said to be well managed, litter free and with no dog dirt to be seen.