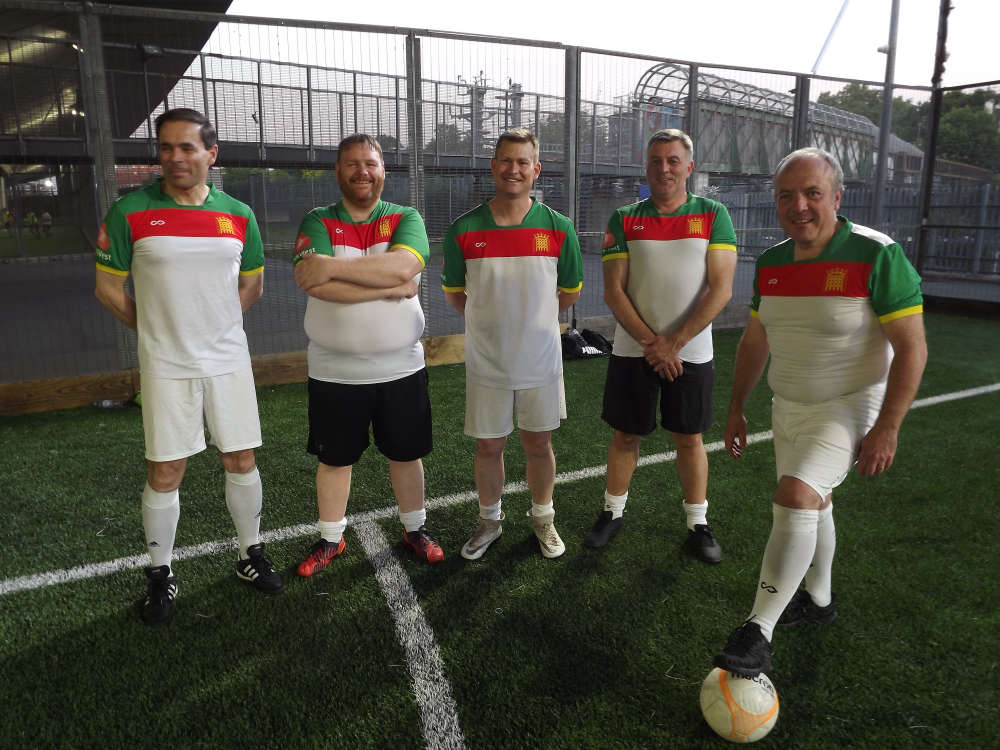 A six-a-side football tournament, among MPs and staff, has helped to kick-start a renewed bid to champion a male weight loss effort.

The MAN v FAT football match saw Conservative, Labour and SNP MPs come together for the game, which the MAN v FAT team won 6-3. It formed part of a nationwide programme that has already helped more than 15,000 men across the UK.

MAN v FAT football clubs are specifically aimed at overweight and obese men with a BMI of higher than 27.5. According to Health Survey for England statistics about 28 per cent of adults in England are obese and a further 36 per cent are overweight but not obese.

The MPs heard how MAN v FAT, an FA-affiliated scheme, has more than 8,000 players taking part in over 150 clubs across the UK. The total amount of weight lost by MAN v FAT players in the UK currently stands at more than 400,000lbs. Locally there are MAN v FAT clubs in Wirral, which meets on Friday evenings and in Chester, which meets on Wednesday evenings.

Players are weighed before matches, which is followed by a 30-minute game of six-a-side, with extra goal bonuses awarded to teams based on the amount of weight players have lost. Weight loss and match scores then contribute to teams’ league positions within a club. Players receive additional support including healthy meal recipe ideas and tips on general fitness.

Mr Madders, formerly Shadow Minister for Health and Social Care, said: “Aside from having a great evening with the MAN v FAT team, it was a real eye opener to hear about the transformative effect that the programme is having for so many men around the country. At a time when obesity is a real problem, initiatives like this that make such a difference deserve to be highlighted.”

Among the players representing MAN v FAT was Rhys Farthing, who has lost an impressive 26kg in the last year. “Since joining MAN v FAT last year I have felt a massive change in my life,” he said. “As someone who wasn’t big on going to the gym or exercising and had no confidence, I have now lost over 25kg because of the way MAN v FAT has helped me change my diet, by giving me information on different types of diets and the most effective ways to help lose weight.

“There is no judgement at MAN v FAT as everyone is in the same boat. My confidence has improved, I feel more energetic and so much happier now.”

Players can join up at: