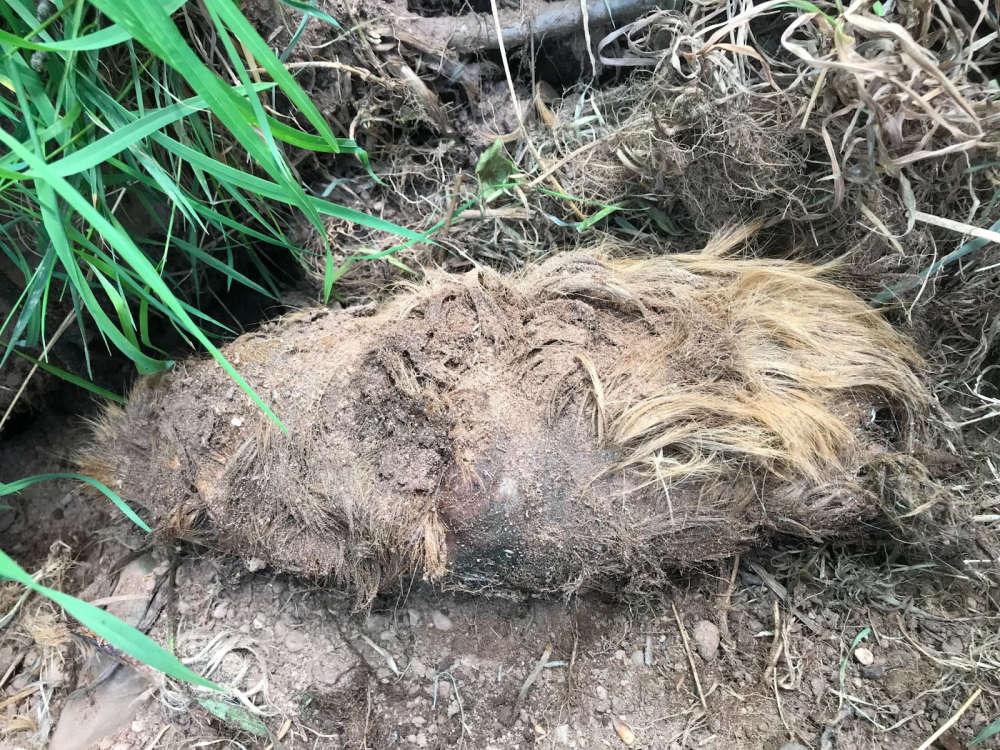 The RSPCA is appealing for information after 30 dead guinea pigs were found at a badger sett in Cheshire.

The charity and Cheshire Police’s Rural Crime Team are investigating after the bodies of the pets were discovered by members of the Wirral and Cheshire Badger Group.

RSPCA Inspector Jenny Bethel visited the sett on Sunday, May 15 and found that the guinea pigs were in varying states of decay, piled up on top of each other in the earth at the entrance to the sett, which is located in a rural area near Warrington.

“It is a really strange discovery to make and we are appealing for any information that could help us find out what happened to these guinea pigs,” said Jenny.

“I removed two of the pets from the surface soil (see picture) and took them to a vet, who examined them. I left the other bodies undisturbed, but they appear to be buried in a pile underneath each other.”

The two pets that were recovered were not microchipped and there is no CCTV covering the area that might provide a clue as to how they met their fates.

At this stage there is no indication whether they died at the same time or whether they have been placed in the ground over a longer period.

The badger group’s members made the discovery after noticing dead animal fur protruding from the surface of fresh, loose soil around the sett entrance.

Cheshire Police’s Rural Crime Team has been informed of the find.

Reports of a sett being interfered with in nearby Frodsham in March of last year were investigated by the RSPCA. But it is unclear whether the Warrington incident has anything to do with the cruel and illegal activities of badger baiters.

The RSPCA inspector added: “We have no idea at this point why the guinea pigs would be in this location.

“They were blocking one of the entrances to the sett, yet it doesn’t look like the badgers have shown any interest in them. We don’t know how long they have been there, but it may be they’ve been put there because there was a hole already there.

“It may be the case they haven’t been dumped all at the same time as they are in different stages of decay.

“We would like to hear from anyone who has seen suspicious activity in a rural area of Warrington or knows of someone who has owned a large number of guinea pigs over a period of time.”

To help the RSPCA continue rescuing, rehabilitating and rehoming animals in desperate need of care please visit our website or call our donation line on 0300 123 8181.