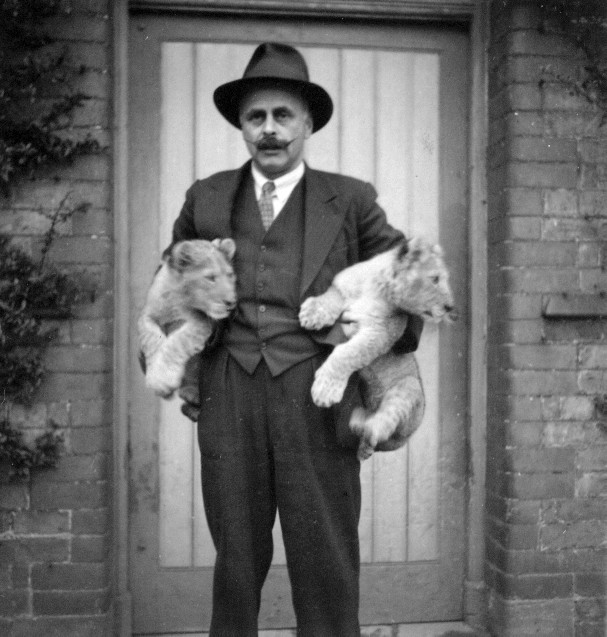 Chester Zoo, which first opened its gates on 10 June 1931, has looked back through its library of historical documents and files and shared some of the most momentous and significant moments in the conservation charity’s history.

They include an image of visitors entering the zoo for the very first time, letters and postcards sent to congratulate its founder George Mottershead on the award of his OBE for services to conservation, and a picture of a giraffe which featured in the Guinness Book of Records in the 1960s for being the tallest ever recorded.

The zoo said it believes that some of the photos, which have been in storage for decades, have never been shown to the public before.

“What started off as a family run zoo in Chester back in the 1930s has now grown into a globally-renowned centre for conservation and scientific excellence, and one of the UK’s biggest and most popular visitor attractions. From first becoming a charity in 1934, to opening the first zoo-based endocrinology lab to closely study animal hormones in 2007, to unveiling the UK’s biggest ever indoor zoological building in 2015, to launching an ambitious Conservation Masterplan to prevent wildlife extinction as recently as this year, we’ve often led the way in terms of creativity and innovation.

“Conservation has long been at the heart of everything we do. This zoo and its expert staff have been the first to successfully breed many of the world’s rarest species, from the critically endangered Javan green magpie to the prehistoric-looking tuatara, establishing vital insurance populations for threatened animals. We’ve reintroduced species to the wild, from barn owls to eastern black rhinos, and currently run 50 vital conservation projects in 21 different countries.

“Progressive zoos like ours are powerhouses in conservation. Our unique combination of thriving animal populations, millions of visitors, scientific research and wide-ranging skills is simply invaluable to wildlife, globally.

“Looking back at our incredible 90-year history puts us on solid foundations. But as the world reaches a tipping point in the biodiversity crisis, what we do next in our fight to prevent extinction has never been more important.”

To celebrate, we’ve looked back through the archives an unearthed a series of images and documents featuring some of the most significant moments in the zoo’s history. We believe that some of the photos, many of which have been in storage for decades, have never been shown to the public before.

There’s also a link to some moving footage, including some old TV ads, here: