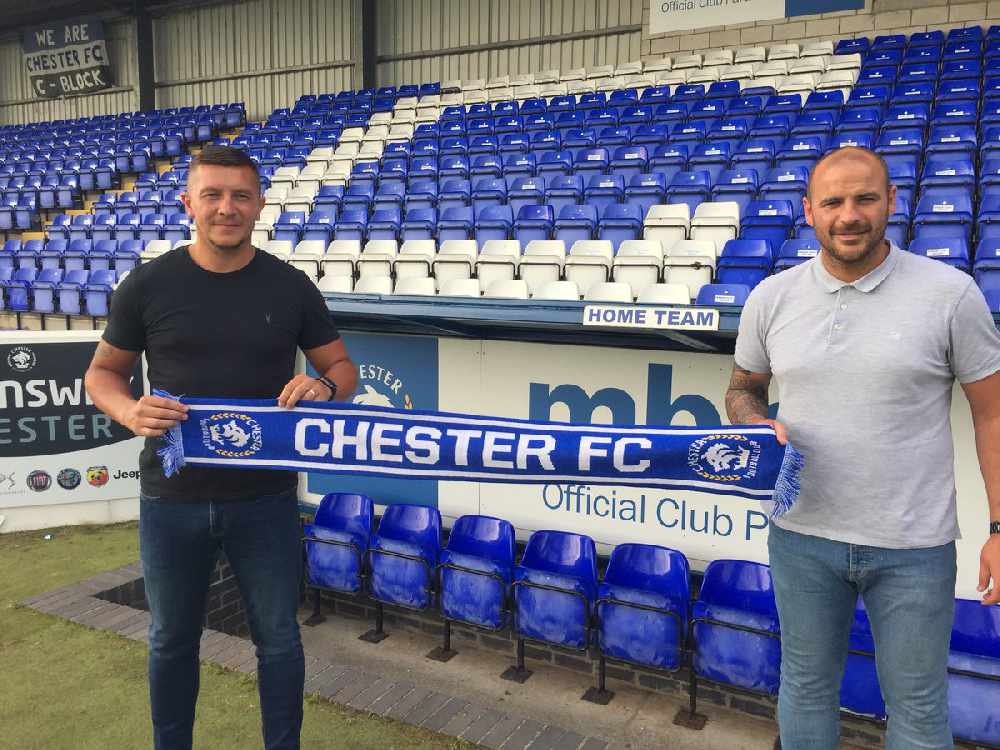 Chester FC Joint Managers Anthony Johnson and Bernard Morley will celebrate 100 games in charge of the Blues this weekend at Brackley Town.

The Management duo arrived at the Deva Stadium in May 2018 following their departure from Salford City having just clinched the National League North title one month prior.

Following our relegation from the National League that same term, Bern and Jonno steadied the ship and guided us to a 9th place finish in their first campaign – ending just three points shy of the Play-Off places.

Improvement was to follow last term, as the Blues ended in 6th place on Points Per Game, and Johnson and Morley would be rewarded for the progress with new contracts in January this year – keeping them at the club for a further two and a half years.

Having spent a large chunk of the 2019/20 season in the top three, Chester were narrowly beaten in the Play-Offs by Altrincham despite a brave late fightback.

Renowned for having a squad with a blend of exciting young talent and also experienced heads, the Blues this term have won three of their first five league games of the campaign – having also won a further two matches in the Emirates FA Cup.

Chester have kept 30 clean sheets in those 99 matches under the Managers.

Congratulations, Bern and Jonno! Here’s to the next 100…