West Cheshire to lead the way in local fight against Coronavirus 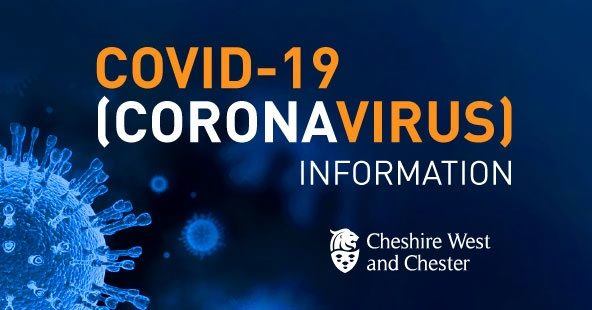 Cheshire West and Chester Council has been identified as one of just eleven areas across the country to take forward a first wave of local action to contain Coronavirus as lockdown rules are relaxed.

An effective strategy to track, test and trace the virus has a critical role to play in enabling relaxation of the strict rules in place on our communities and the economy.

It is vital that local areas take responsibility for dealing with outbreaks when they occur, working with communities to deal with the consequences of positive test results. This will include informing local people of the risks, tracing contacts, advising individuals affected, and if necessary, implementing further targeted lock-downs to contain the spread of the virus.  This will be particularly important in settings like care homes, schools and vulnerable communities.

Today (Friday) the Government announced that Cheshire West and Chester Council will be one of the first in the country to establish this pioneering approach, building on strong foundations of local partnerships and active communities. The Gov has also confirmed that a funding pot of £300 million to support this work will be available for all councils.

Cheshire West Council Leader Louise Gittins has been invited to join a new National Local Government Advisory Board, which will be established to work with the test and trace service. This will include sharing best practice between communities across the country.

Welcoming the announcement Cllr Gittins said: “I have been highlighting to ministers for some time that local government has the expertise to deliver an effective response on the ground, working with our communities as part of a comprehensive test and trace strategy.

"I am pleased that Ministers have responded positively to our proposal that Cheshire West and Chester can play a leading role. This is an opportunity for this area to be at the forefront of the national response in the next stage of the battle against this terrible virus that has claimed so many lives.

“We want to do everything we can to keep our residents safe and informed. Being granted this support from Government to do exactly this is a huge responsibility for us but we aim to establish systems that the rest of the country can learn from.”

The Council will lead this process in partnership with NHS partners, other public bodies, and a wide range of community organisations across the borough.  The Council is calling on residents of west Cheshire to play their part to reduce the risks and support effective measures to contain the virus whenever it arises.

The Council has also developed a strong partnership with other Cheshire authorities through the Cheshire Resilience Forum and is working across Cheshire and Merseyside to establish a system of local testing, delivering speedier results and making innovative use of data and analysis to target highest risk areas.  Given the common border with Wales, the selection of Cheshire West and Chester enables strong practical cooperation to be established between the systems in England and Wales.

Further details of the approach that will be adopted locally will be set out shortly.