UPDATE: Man convicted of murdering his housemate in Ellesmere Port 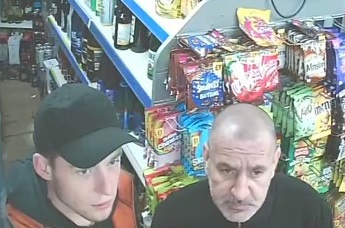 A 22-year-old man has been jailed for murdering his housemate in Ellesmere Port.

Kaczmarek claimed that he was so drunk on the night that dad-of-two Slawomir was killed that he has no memory of what took place.

However, a jury found Kaczmarek guilty of murder on Thursday 29 October following a nine-day trial at Chester Crown Court.

The jury of six men and six women reached their unanimous verdict in under an hour.

Also convicted of possession of a knife in a public place, Kaczmarek returned to the court to be sentenced the following day.

He was jailed for life and has to serve a minimum of 19 years in prison.

When sentencing Kaczmarek, His Honour Judge (HHJ) Steven Everett told him: “This was a drink fuelled frenzied attack and a truly heinous offence.

“He (Slawomir) tried desperately to get away from you, putting his hands up. It must have been a terrible thing for him, with the many blows you inflicted on him – 10 stab wounds and a slash wound.

“We may never know why you did what you did, but nothing could justify any sort of attack, let alone this murderous attack.

“I’m quite sure you remember what you did and knew what you were doing at the time, which was aggravated by drink.”

Detective Inspector Kate Tomlinson, who led the investigation on behalf of Cheshire Constabulary’s Major Investigation Team, added: “The strength of the evidence gathered by my team of officers as part of this case left the jury with no doubt that Arkadiusz Kaczmarek was guilty of murdering his housemate.

“He subjected Slawomir to a horrific degree of violence, stabbing him with a kitchen knife multiple times, including through the side of his head into his brain and through his heart.

“It was a vicious and sustained assault and Kaczmarek then left Slawomir dead or dying on their kitchen floor as he went out to dispose of the knife.

“He took Slawomir’s phone with him, leaving the victim with no way of calling for help.

“CCTV footage captured Kaczmarek walking around with the knife in his hands.

“He disposed of it in an alleyway in the Worcester Walk area of Ellesmere Port before officers in a patrol car spotted Kaczmarek walking on Westminster Bridge with blood on his clothes.

“DNA analysis subsequently proved that blood on Kaczmarek’s clothes and on the kitchen knife belonged to Slawomir.

“Traces of Kaczmarek’s DNA were also found on the knife.”

Both of Polish descent, Kaczmarek and Slawomir first met in February when the former moved into the two-storey mid terrace house in Blakemere Court.

On the night of the killing, Friday 1 May, they had gone to a convenience store together and bought a bottle of vodka.

A neighbour was woken up by loud noises at their address at about 1am.

At around 1.05am a CCTV camera captured Kaczmarek walking along Westminster Road carrying the kitchen knife.

After disposing of it at the bottom of a metal fence he climbed over, he went to sleep in the front garden of a house in Worcester Walk.

A passer-by saw him and informed the homeowner.

The pair confronted Kaczmarek, who fled the area on foot before being stopped by the two officers in the police car at around 3am.

They tried to question Kaczmarek about blood on his clothing but discovered that he spoke very little English.

Subsequently communicating with him via an online translation service, the officers established where he lived and took him home.

When they arrived Kaczmarek told them that he lived there with a friend who was asleep in the house.

The officers went inside to check that Kaczmarek and his friend were safe.

After searching the house and finding Slawomir lying on his back in a pool of blood, they started giving him CPR and called for an ambulance.

Paramedics later took over the CPR but, despite the best efforts of everyone involved, Slawomir was sadly pronounced dead at the scene shortly after 3.30am.

Kaczmarek was arrested at the house and a homicide investigation was launched.

A post-mortem examination revealed that Slawomir died of his stab wounds.

The knife used to inflict the injuries was found by a member of the public on Sunday 3 May.

Aware of a police presence in the area, she directed an officer to the knife.

Kaczmarek refused to answer any questions in custody.

DI Tomlinson added: “Kaczmarek’s actions on the night of Friday 1 May were completely out of character.

“This was his first offence and it was committed after he had drunk an excessive amount of alcohol.

“Kaczmarek has always claimed that he was so drunk that he cannot remember what happened, so we may never know what led to him stabbing his housemate several times that night.

“I am pleased that Kaczmarek has now been convicted of, and jailed for, the murder.

“Our thoughts are with the victim’s family and I hope this case and the life sentence that Kaczmarek has received deters others from using knives and committing similar offences.”

“I would like to thank the members of the public who have helped to secure the murder conviction and bring Kaczmarek to justice.

“I would also like to thank the officers that have been involved in this case for all their hard work.

“Police Constables Mike Rogers and Ethan Linforth, the two officers who stopped Arkadiusz Kaczmarek on Westminster Bridge and subsequently discovered the body of his victim through first-class police work, are a credit to the force.

“The same is true of our Major Investigation Team, who have worked tirelessly in gathering vital evidence and piecing together the case.

“This included speaking to witnesses, collecting and viewing CCTV footage and carrying out forensic enquiries.”

HHJ Everett singled out PCs Rogers and PC Linforth for praise after body-worn camera footage of their police work on the night that Slawomir was murdered was shown at court.

He said: “Arkadiusz Kaczmarek did his best to persuade them not to look for him (Slawomir), but fortunately the officers did so and found the terrible scene.

“Their behaviour was magnificent – their patience, respect and caring approach.

“PC Rogers showed professionalism and calmness, looking out for his colleague and the defendant.

“There was no hint of panic or distress, and both officers should be commended for that.”

David Keane, police and crime commissioner for Cheshire, added: “I would like to praise the two PCs and everyone involved in the subsequent investigation for their outstanding police work that has led to this murder conviction.

“As this case shows, the consequences of getting heavily drunk and using a knife as a weapon can be devastating for everyone involved.

“This horrendous crime was committed by a previously law abiding citizen.

“My condolences go to the victim’s family. I hope that this conviction, and the fact that his killer is now facing the consequences of his appalling actions, provides them with some comfort.”

Pictured - Arkadiusz Kaczmarek and Slawomir Kulesza at a convenience store on the night of the killing.