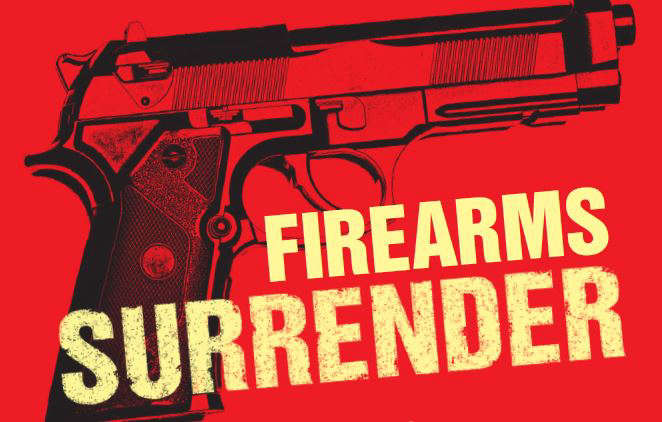 People in possession of firearms are encouraged to hand them into police as part of a two-week surrender.

From today (Thursday 12 May) until Sunday 29 May all guns can be handed over anonymously at police stations throughout Cheshire. However an investigation will be launched by police if a weapon handed in during the surrender is found to have been used in a crime.

Anyone who surrenders their firearm or ammunition during this time will not face prosecution for being in possession of the item, for the time they are bringing it to surrender.

Surrendering these items as well as airsoft weapons or BB guns can also prevent them being placed into the hands of criminals who cause harm, make threats and intimidate people in our community.

Chief Inspector James Wilson said: “The next two weeks are an opportunity for people to hand in firearms anonymously without facing prosecution.

“I’d encourage those who know they are in possession of a gun, ammunition or air soft weapon to hand them in but I’d also ask you to check lofts and sheds for any guns that may have been long-forgotten.

“It goes without saying that these weapons are incredibly dangerous but by handing them over to police you are preventing them from potentially being placed into the hands of criminals who use them to cause serious harm, make threats and intimidate people within our community.”

To hand in a firearm or ammunition please ensure they are carefully wrapped and packaged before being brought into one of the following helpdesks:

All helpdesks are open between 8-6pm on Sundays.

If you are concerned about an illegal gun you may be in possession of please contact Cheshire Constabulary online at: