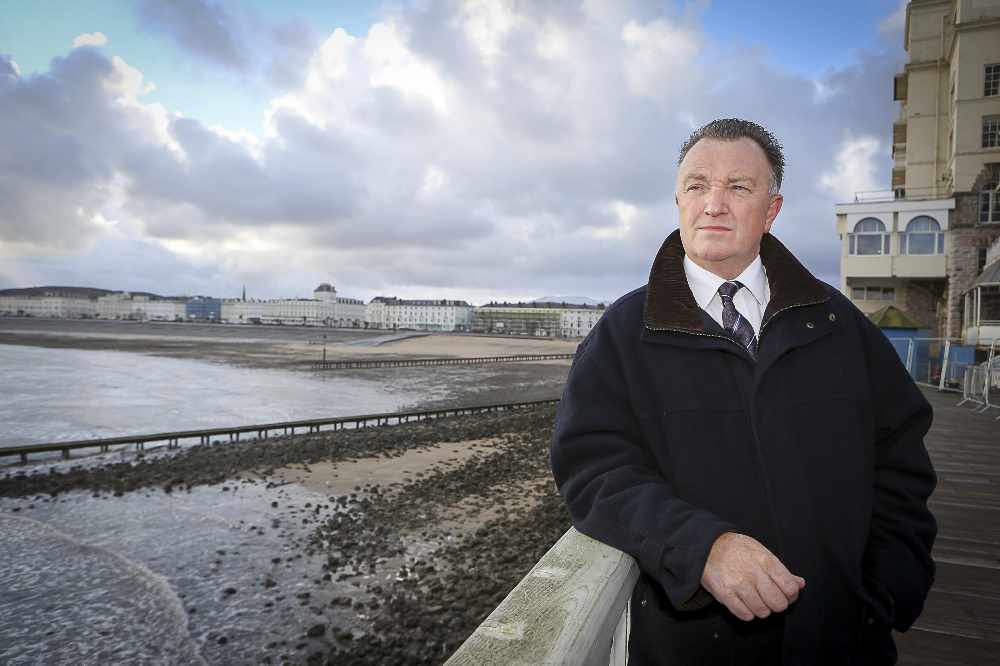 A tourism boss has warned of the “catastrophic” threat to the livelihoods of 1,800 people in Wrexham because of a lack of government support.

Jim Jones, the chief executive of North Wales Tourism, said the support package on offer from the Welsh Government is nowhere near enough to protect the industry as he spoke in a video to Wrexham Business Professionals.

The group is made up of successful businesses and highly skilled professionals working together to promote regional prosperity and the enterprise and expertise that exists in the region.

Wrexham supports around 1,800 jobs in the tourism and hospitality sector, and it brings in around £140 million a year into the economy.

The Welsh Government has placed the whole of Wales in a “firebreak” lockdown which will run until November 9 in response to a surge in cases.

Around 75 per cent of Wales was already in a local lockdown, including the North Wales counties of Wrexham, Flintshire, Denbighshire and Conwy. There were also restrictions in place in Bangor.

The firebreak mean that many businesses in the tourism and hospitality sector in North Wales have had to close their doors, except for selling takeaway meals.

The Welsh economy minster Ken Skates has announced a support package for businesses.

He is making nearly £300 million available to support businesses that continue to be affected by Covid-19 though the Economic Resilience Fund.

The Chancellor, Rishi Sunak, has refused a request by the Welsh Government to make financial support available that takes into account the fact that Wales is going into lockdown.

Jim Jones, who represents 2,000 tourism and hospitality businesses though North Wales Tourism, believes more money needs to be made available.

He said: “The support package from the Welsh Government is nowhere near enough to cover the cost and the losses, and many businesses are now closing. Some of them have packed in until March of next year and have given up on Christmas because of the uncertainty.

“We came out of the first lockdown with a sense of optimism. We managed to get a really good August, a good September and people were optimistic about October.

In some cases, we had hotels with 75 per cent capacity, which normally in early October is unheard of, and with late bookings that probably would have gone up to about 80 or 90 per cent.

“But then with the second wave we were given two days to lockdown the industry in Wrexham, Flintshire, Denbighshire and Conwy. To me that is not fair.

“You can imagine the caravan parks and the holiday camps having to call their clients to come to the reception to tell them to pack up and move off.

“Also, the hotels having to call up people who have made thousands and thousands of pounds worth of bookings to tell them that they can’t come, which is shortly followed by lots more cancellations.”

Mr Jones also spoke of the measures that businesses in North Wales have been taking to make themselves Covid secure.

He said: “I’ve spoken to one hotel owner from the Conwy area who spent £50,000 on preparing his business to make it safe.

“Like almost every other sector, we are suffering at this moment in time – it’s been absolutely catastrophic.

“The way we’ve been treated I believe is unfair because our businesses have gone above and beyond to put in place what we were asked to do, which is Covid-secure attractions, facilities, accommodation and restaurants.”

Wrexham Business Professionals spokesperson Ian Edwards said: “This is an incredibly tough time for businesses and our hearts go out to all of those who are struggling in the current climate.

“Tourism and hospitality makes and enormous contribution to the Wrexham economy and it is vital that we safeguard the livelihoods that are at stake.”

Mr Jones pointed out the huge contribution Wrexham makes to the tourism industry in North Wales.

He said: “Wrexham is an integral part of the tourism offer across North Wales. It brings around a £140 million into the economy. It employs about 1,800 people, and we have around two million visitors come into the Wrexham area each year.

“Over the last 10 years we’ve seen a 72 per cent increase in tourism for the Wrexham area, which all contributes to a colossal amount of economic impact across North Wales.

“The economic impact across North Wales from tourism is £3.6 billion and it also supports around 46,000 jobs.

“Come 2021 we should have a return to something we experienced in August and September, right across the whole of North Wales – I’m really confident of that.”