THE COUNTDOWN IS ON FOR A STELLAR SUMMER OF OUTDOOR ENTERTAINMENT 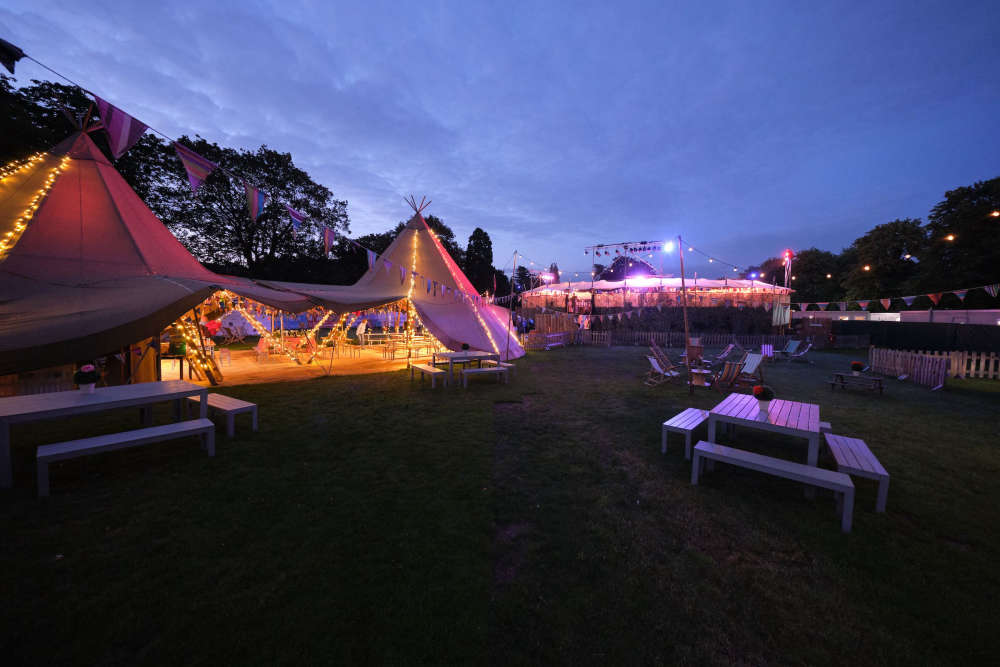 The final countdown has started to Storyhouse’s stellar summer of outdoor entertainment both on stage and on the big screen.

And the annual summer of entertainment is being augmented with a new Storyhouse Outdoors season of events and activities which have been designed to appeal to audiences young and old.

This year’s Grosvenor Park Open Air Theatre season will be launched with a new production of Shakespeare’s classic tale of star-crossed lovers, Romeo and Juliet.

The show, directed by John Young - who led the popular Merry Wives of Windsor last year, is set in late 1950s Italy and features songs specially composed by Chester band Me + Deboe.

It will be followed by Louisa May Alcott’s much-loved Little Women, brought to the stage in a new adaptation by Anne Odeke and with the action transported from Civil War America to Britain at the outbreak of the First World War in August 1914.

The play, which opens on 8 July, is directed by Natasha Rickman who returns after directing Antigone at Storyhouse last autumn.

The programme is completed with the return of the hugely popular children’s favourite Stig of the Dump, in a fresh adaptation for 2022 by playwright Jessica Swale.

Directed by Harry Jardine, the show is full of music and energy.

It opens on 22 July, and all three productions will then play in repertory until 29 August.

The shows and activities will either be staged within the open-air theatre space itself or will take place in the Grosvenor Park tepee where unreserved seating will be at Bavarian beer hall-style tables.

In addition to the special events there will also be a free weekly programme of Storyhouse favourites bursting out of the building and into the park every Monday during July and August.

They include a return for the third year running to Chester Cathedral’s Dean’s Field, where movie buffs can catch a wide range of films including Mamma Mia, Stand By Me, Cruella, 10 Things I Hate About You and a special 70th anniversary screening of Singin’ In The Rain.

The open-air film season also returns to Claremont Farm in Wirral where the programme starts on Friday, 1 July with Rocketman and will also feature Pulp Fiction, Steven Spielberg’s Oscar-winning West Side Story and Encanto among the 2022 line-up, and to the popular Snugburys Ice Cream at Park Farm near Nantwich which will host cinematic favourites on Saturday evenings in July and August, opening with Dirty Dancing on Saturday, 2 July.

And new for 2022, The Lambing Shed in Knutsford joins the Moonlight Flicks film family, screening Pretty Woman on 29 July and House of Gucci on 4 August.

Each location will have refreshments on offer including delicious pre-ordered pizzas available at Dean’s Field.

For the full film listings visit:

Storyhouse Producer Helen Redcliffe says: “It just wouldn’t be summer without a trip to Grosvenor Park Open Air Theatre, and we’re really pleased to be able to present three fantastic fully staged productions for our audiences this season.

“In addition, Storyhouse Outdoors will create a real festival feel in the park, offering a wide-ranging variety of unmissable events and activities for everyone from toddlers to mature music lovers.”

And Nicky Beaumont, Film and Digital Programme Manager at Storyhouse, adds: “Moonlight Flicks just goes from strength to strength and it’s brilliant to see so many familiar faces as well as newcomers who all flock to enjoy a magical night of cinema under the stars.

“It’s also fantastic to be partnering with new organisations like The Lambing Shed near Knutsford.

“This summer sees us presenting a wide range of films, from classics and family favourites to some of the latest cinematic releases, all shown on our special big outdoor screens.”

For more details and to book visit: