Ten people arrested and 45 knives seized during week of action 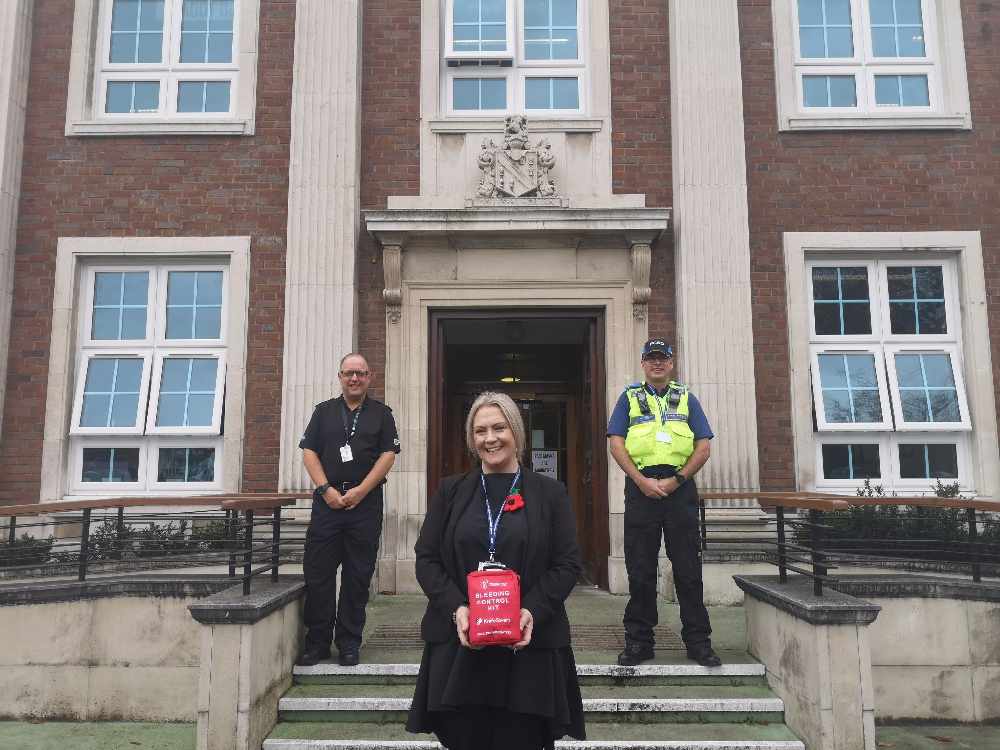 The latest lockdown did not stop officers in Cheshire increasing their already considerable efforts to take knives off the streets as part of a national campaign.

Operation Sceptre was devised to reduce the impact of knife crime in communities throughout England and Wales.

During the latest week of action, which started on Monday 9 November, officers and Police Community Support Officers (PCSOs) in Cheshire did all that they could to pursue suspected knife crime offenders, take dangerous weapons off the streets and educate people about the dangers of carrying such weapons.

Adhering to the restrictions imposed as a result of the coronavirus pandemic, Cheshire officers and PCSOs:

In addition, Bleeding Control Kits were handed out to a wide range of community venues across the county, including at supermarkets, shopping centres and education providers.

The kits contain equipment and instructions that enable members of the public to prevent knife crime victims from bleeding to death.

With lockdown restrictions preventing training from being conducted in person, the teams at Knifesavers and Prometheus Medical Ltd provided online training for the recipients of the packs.

Chief Inspector Sarah Heath, who is Cheshire Constabulary’s knife crime lead, said: “Operation Sceptre is a national initiative that we are always more than happy to support.

“The work that could be done during the latest national week of action was restricted due to the coronavirus pandemic and the Government guidelines that we all have to follow.

“We had to cancel some of our plans for the week and adapt others – for example not allowing members of the public take part in the knife sweeps we conducted – but nothing was going to stop us from continuing to tackle knife crime offenders and protect the people of Cheshire.

“Police dogs and one of our drones were utilised in some of the activities we undertook as part of Operation Sceptre.

“We stopped and search anyone suspected of carrying a weapon and used all of the other powers at our disposal to combat weapon enabled crime.

“We also executed warrants related to knife crime and paid warning visits to people believed to be habitual knife carriers.

“Officers and PCSOs also delivered lifesaving Bleeding Control Kits to a range of a community venues across Cheshire, visited a large number of retailers to ensure that robust controls are in place regarding the sale of kitchen knives and other blades, liaised with numerous schools about getting important knife crime messages to their pupils and addressed any knife crime concerns raised at pop-up police stations and confidential drop-in sessions.

“We take knife crime extremely seriously and are proud of the fact that Cheshire has a lower rate of knife crime than most other counties in England.

“When people carry knives it is only a matter of time before someone suffers life changing injuries or is killed, and if you carry a knife then you are much more likely to be involved in a knife crime.

“We work together throughout the year to achieve long-term change by educating young people about the dangers and futility of carrying weapons.

“We make sure they know that carrying a knife, even if they have no intention of using it, is a crime and can increase the likelihood of suffering an injury and having a criminal record.

“We also steer them away from criminality and offer them attractive alternative ways to spend their time.

“Our goal is to achieve weapons-free streets throughout the county and we endeavour – through education, awareness and action – to make Cheshire an area where no-one carries a knife or feels that there is a reason to do so.

“If you have any information regarding knife crimes or those who carry weapons please let us know.

David Keane, police and crime commissioner for Cheshire, added: “I am pleased to hear of this latest work as part of the constabulary’s considerable ongoing efforts to tackle knife crime.

“We’ve seen a number of tragic cases in Cheshire over recent years in which young people in our communities have, sadly, lost their lives to knife crime.

“The lives of too many families in Cheshire have been torn apart as a result of knife crime.

“It’s important to remember that carrying a knife doesn’t make you safer, it increases the risk of you being involved in a violent crime.

“I’m committed to working with Cheshire Constabulary and our communities to reduce the number of dangerous weapons on our streets, and to educate people about the dangers of knife crime.

“I urge anyone with information about those who carry such weapons to come forward in confidence and report it.”

To report any type of crime involving weapons call Cheshire Constabulary on 101, or 999 in an emergency.

Information can also be passed to the force online via https://www.cheshire.police.uk/ro/report.