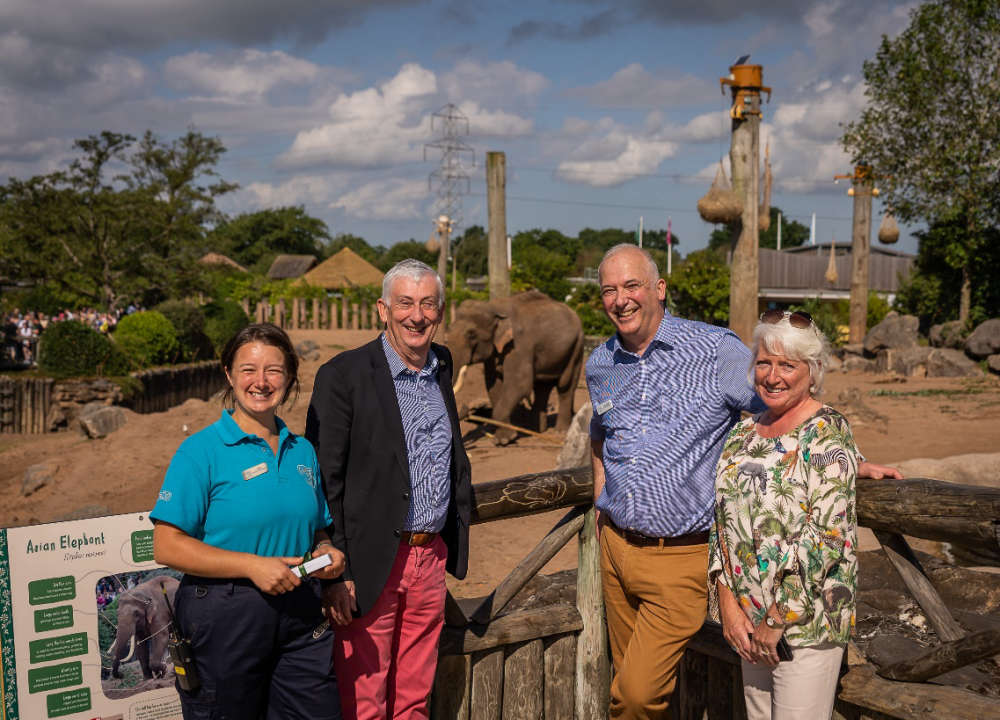 The Speaker of the House of Commons met with the zoo’s team of keepers and deforestation experts, alongside Jamie Christon, the zoo’s CEO, to hear about the wide range of conservation efforts being led by Chester Zoo.

Mr Speaker heard about the pioneering work being carried out to develop the world’s first safe and effective vaccine for elephant endotheliotropic herpesvirus (EEHV) - a devastating disease that is proving a major threat to the long-term future of the already endangered species.

Conservationists say a vaccine is the best hope to finding a long-term solution to tackle the devastating disease, which has been confirmed in elephants across Asia and is on the rise in India, Nepal, Myanmar and Thailand.

Scientists at the zoo, in partnership with virology experts at Surrey University, are leading the search on behalf of the international conservation community, with the world’s first trial of a potential vaccine now underway.

Reflecting his interest in the Commonwealth and British Overseas Territories, Mr Speaker had the opportunity to hear about Chester Zoo’s extensive field work touring   special behind-the-scenes conservation facilities for highly threatened Bermuda snails and seeing how these previously thought extinct creatures have been bred at Chester Zoo and are now being released back into Bermuda in their thousands.

The Speaker also learnt more about efforts to combat deforestation through promoting sustainable palm oil use and working with UK businesses to ensure supply chains do not contain harmful deforestation risk commodities.

During the visit, Chester Zoo’s ‘Sustainable Palm Oil Communities’ project was highlighted, which provides resources and guidance to businesses and empowers organisations to make the change to deforestation-free palm oil sources.

This conservation work is vital as agricultural expansion accounts for around 80% of deforestation across the globe, accelerating climate change and having a severely detrimental impact on biodiversity.

“What a pleasure it was to visit Chester Zoo - a conservation powerhouse. I have been so impressed by the huge amount of vital conservation and science work being done in the North West.

“From working to save the mighty Asian elephant from extinction by developing a vaccine for them to re-introducing thousands of tiny Bermuda snails into the wild, Chester Zoo is playing a critical role in preventing wildlife extinction both here in the UK and worldwide.

“As an animal lover myself, I am proud a British zoo is leading the way with this ground-breaking conservation work at such a critical time for our planet, and what I have seen today really highlights the important role our zoos play in preventing extinction and protecting our planet.”