RSPCA appealing for information after a cat was shot in Chester 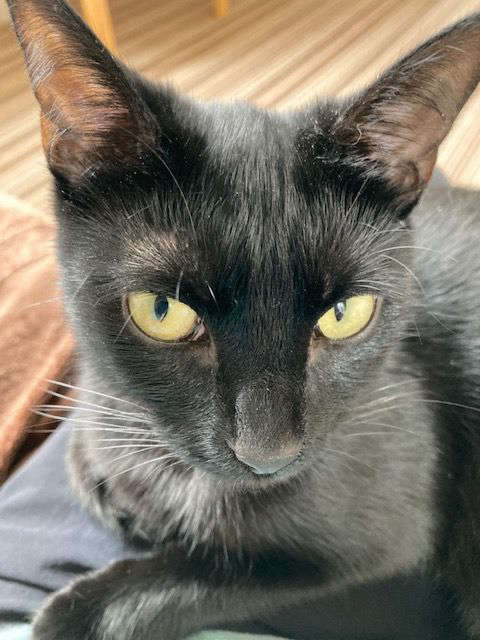 Luna passed away in the arms of her owner, Sandra Davies, after suffering catastrophic wounds when, it appears, an air pistol was turned on her in Kent Road on the evening of July 18th.

The pensioner was watching her cat from the window of her flat, but as her pet sat on a green under a tree she says she heard a “loud thwack”.

When she went outside she found the short-haired black cat (pictured) collapsed and bleeding near a hedge. Luna sadly passed away shortly after.

Ms Davies says she confronted a middle-aged man, who she had seen walking by the side of a 4x4, parked by a property across from the green, but he drove off in the vehicle.

“After I heard the loud thwack I was looking for Luna below my window, but she wasn’t there. As I walked around towards the car park I saw her lying by the hedge - I picked her up and she was covered in blood,” said the cat’s owner.

“She took about three or four breaths before she died in my hands.

“I spotted this man and he was putting something into the passenger seat of the 4x4. There was no-one else about at the time.”

Ms Davies only took on ownership of Luna in May this year after friends told her how she was being left on her own in a property. Previously, she had only kept dogs, but she was smitten by her new pet and had her neutered and microchipped.

She says she was careful to not let her roam too far from her flat.

“I’m devastated. Luna had only recently started going outside and I was a bit nervous and liked to check on where she was. I could usually see her from my flat window,” she added.

RSPCA inspector Leanne Cooper, who is investigating, said: “This is heartbreaking as the owner witnessed her cat being shot very close to her property.

“It’s likely that the cat was shot with an air pistol based on the sound that was heard. The entrance and exit wound are in a straight line, so it does look like she has been shot from directly in front of the green.

“If anyone saw anything in this street in Chester at around 10pm on Monday, July 18, or if anyone has any information about the incident then we would urge them to contact the RSPCA.”

The incident has also been reported to Cheshire Police.

The man who was seen at the time of the shooting is described as being around 6ft tall and well-built. He is possibly bald and in his 50s or 60s, while at the time he was wearing a t-shirt and trousers.

The 4x4 vehicle was a dark blue/grey colour.

To help the RSPCA continue rescuing, rehabilitating and rehoming animals in desperate need of care please visit their website or call their donation line on 0300 123 8181.

Pictured - Luna who was found collapsed after being hit by air gun pellet.