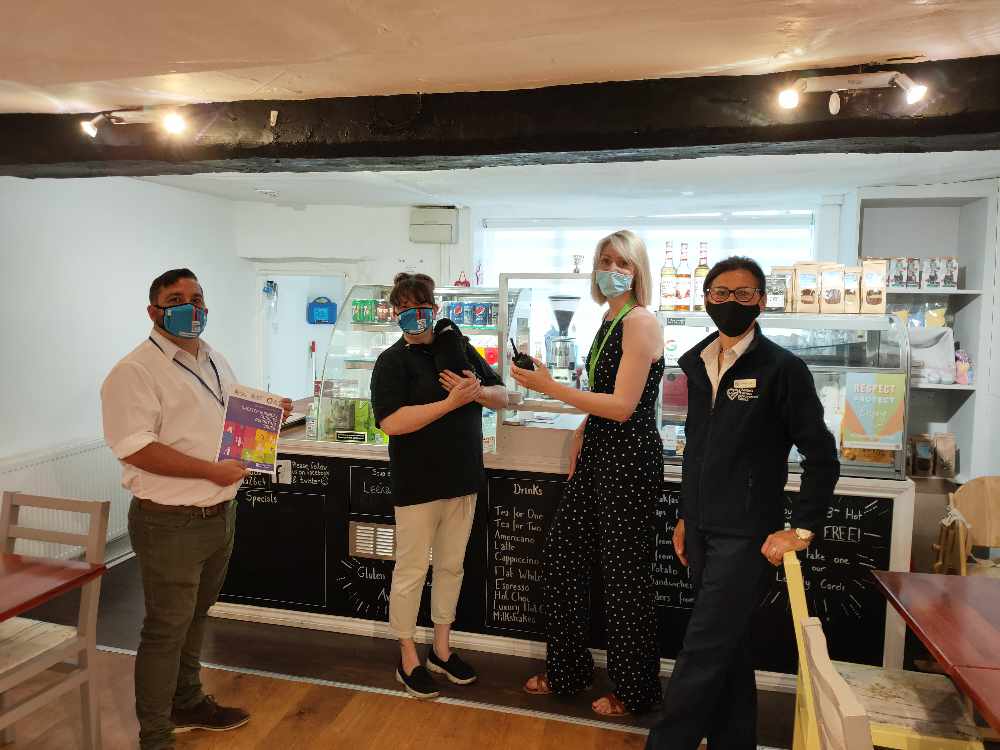 The Eastgate Clock, Chester Town Hall, and Newgate will be lit purple on Saturday in celebration of the city retaining its Purple Flag status.

Chester first achieved Purple Flag status in 2018, a recognition of UK towns and cities that offer an ‘entertaining, diverse, safe and enjoyable night out’. The city centre has retained the awarded for its flourishing night-time economy and keeping a safe environment during both the day and night.

Councillor Karen Shore, Cabinet Member for Environment, Highways & Strategic Transport said: “We are proud of the welcome given to the millions of visitors to Chester every year. Retaining our Purple Flag status adds reassurance that Chester is a safe place during the evening as well as the daytime.”

The Cheshire West & Chester Community Safety Partnership has funded an additional 75 co-sign radios for a year to support more small and independent traders in the city. Chester Against Business Crime supply co-sign radios to an existing network of 150 businesses including retail and night-time economy in the city centre. The radio network and database system enable the business community to report low level crime including shop lifting and antisocial behaviour. They also run an exclusion scheme on behalf of the businesses where an offender is ‘banned from one, banned from all’ following a conviction.

An updated information pack has been produced alongside each radio to help explain what to do in various situations.

Added Councillor Shore: “Keeping the city, a safe and welcoming place is a priority. We can achieve this by joining up our own CCTV with Cheshire Police and our officers plus the network of linked radios.”

Chester BID Manager, Carl Critchlow, said: “Ensuring people feel safe on the high street has always been important for us as the city’s Business Improvement District. Since the onset of the pandemic in March 2020 it is more vital than ever to make safety a top priority as recovery plans continue to be developed and implemented.

“The night-time economy in Chester is a mix of dining, entertainment and culture - supporting jobs, generating revenue and attracting visitors to our city.  The renewal of Purple Flag is testament to the quality and resilience of our venues and partners who worked together to achieve this award.”

Established in 2012, the Purple Flag programme is managed by the Association of Town and City Management (ATCM) and is similar to the Blue Flag award for beaches, but instead aims to raise standards and broaden the appeal of night-time and evening economies within towns and city centres across the UK.

Further details about the Cheshire West & Chester Community Safety Partnership are available at: