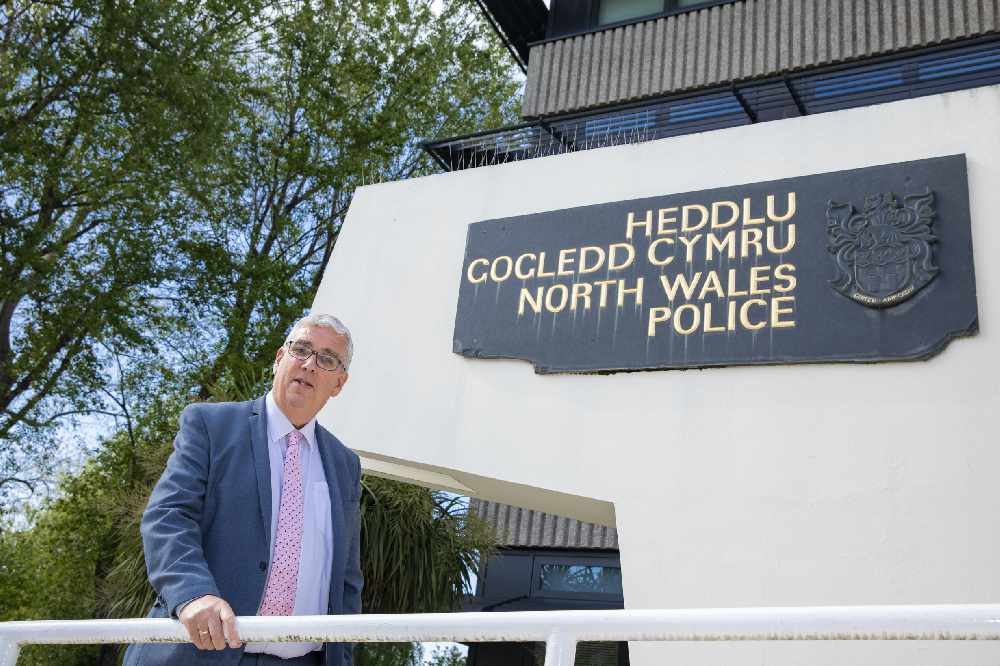 A police boss is calling for an investigation into “worrying reports” of discrimination against Welsh-speaking prisoners from across North Wales.

North Wales Police and Crime Commissioner, Arfon Jones, will be writing a letter to Nick Leader, the Governor of HMP Berwyn in Wrexham following allegations that inmates were threatened with the removal of privileges for speaking Welsh.

They say they are being victimised because the prison guards can’t understand them.

Prisoners have also alleged that they are being denied interpreters at disciplinary panels.

The allegations were part of the critical annual report of the Independent Monitoring Board into the 2,100-capacity so called ‘super prison’ in Wrexham, which opened in 2017.

Mr Jones, a former police inspector, said: “I have grave concerns about the troubling allegations of discrimination against Welsh speaking prisoners at HMP Berwyn.

“It would be completely unacceptable for Welsh speakers to be branded as troublemakers for speaking the language and to face threats of having their privileges removed.

“I will be writing a letter to the Governor of the prison, Nick Leader, in Welsh, which asks to look into the serious allegations in this report, and what his plan is to improve the situation.

“If the reports are true, then things have gone backwards at the prison.

“When the prison was first opened we made sure that there were resources available to help prisoners who wanted to speak Welsh.

“There were senior officers who could speak Welsh there at that time. The situation could have deteriorated because staff turnover and new wardens going to work there.

“If the allegations are true, then it’s just not good enough to be perfectly honest. It would completely contravene the Welsh language guidelines and the standards that have been set.

“I’m sure that Aled Roberts, the Welsh Language Commissioner, would have plenty to say about it.

“There is a policy that a certain number of the members of staff in the prison should be able to speak Welsh, and that there should be resources available to those who want to speak Welsh, such as a library and so on.

“We were told at the beginning that the needs of prisoners who speak Welsh would be met, but it looks like it might not be happening.

“Prisoners who speak Welsh should not have their right to speak the language undermined.

“Of course, prisoners are there to be rehabilitated and they should not be punished for speaking Welsh, because speaking Welsh is not a crime.

“There is an Independent Monitoring Board for every prison that goes in to speak with the prisoners, so there is no reason to believe that these allegations aren’t true.

“We’ve had similar problems at HMP Altcourse in Liverpool, where there are a number of Welsh speaking inmates.

The report by the Independent Monitoring Board states: “Some complaints concerned prisoners speaking Welsh who could not be understood by officers.

“It was alleged these prisoners were challenged with a review of their­ ­incentives and earned privileges.”

“The induction community has recognised that it would benefit from having a live-in Welsh speaker.

The Prison Service responded dismissively to the report and claimed that Berwyn inmates were not penalised for speaking Welsh.

It said: “We are providing extra staff training and mentors to encourage Welsh speaking.”