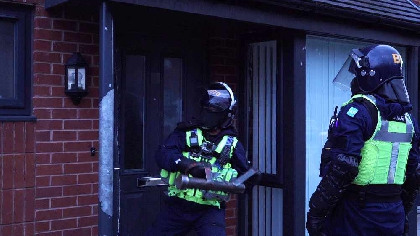 The Operation Wagtail raids followed a complex, covert, six-month long investigation into the supply of heroin and crack cocaine from Merseyside to Chester.

The investigation has been conducted by Chester Local Policing Unit (LPU), which organised and co-ordinated the raids.

They were carried out by 44 officers, including six from Merseyside Police.

Eight men, aged between 24 and 54, and a 26-year-old woman have subsequently been charged with conspiracy to supply crack cocaine and heroin.

The men – five from Chester, two from Liverpool and one from St Helens – and the woman from Liverpool have all been remanded in custody to appear at Crewe Magistrates’ Court today, Friday 26 April.