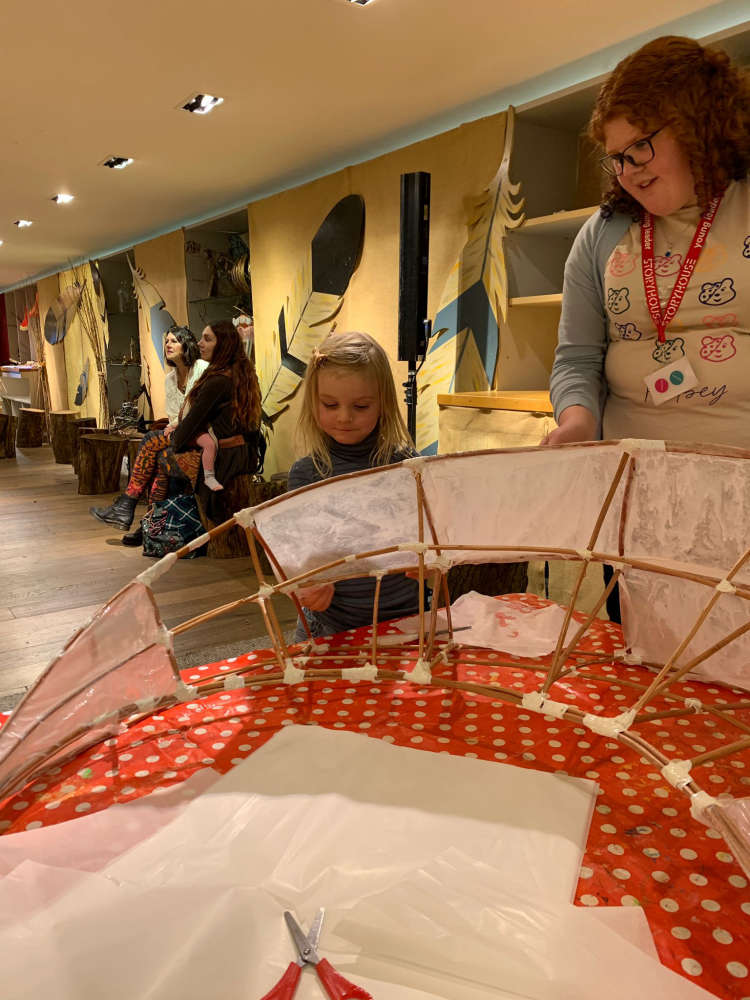 Chester’s home-schooled children will join the annual 12 Days of Christmas parade (25 Nov). 12 home schooled children have been busy making a moon lantern over the previous two weeks to light up the parade as it makes its way through the city streets, celebrating the onset of the festive season.

Each child has joined in to create a large moon-shaped lantern which will give parade spectators a taste of Jessica Rost’s much-anticipated recycled metal and fabric ‘The Roving Moon’ installation. The exact location of the roving moon’s unveiling has not yet been announced although organisers Destination Chester has revealed a clue on Visit Cheshire’s social media channels.

Following its reveal, the roving moon will move across the city to different locations. As it hops across landmark buildings, it will entice visitors and shoppers to explore snippets of the city they might not have previously discovered.

The artist who created the moon lantern, Jo Gomez, will carry it to represent the roving moon through the parade accompanied by the home-schooled children.

She said: ‘After such a difficult period over various lockdowns, it’s been great to see people and especially children come together again. It’s been personally wonderful as an artist to get back to work creating projects like this that will mean something to people’.

Destination Chester, a network of the city’s tourism partners, has commissioned the roving moon installation from outdoor arts specialists Wild Rumpus, and the team at Chester’s Storyhouse will be staging ‘roving’ events to coincide with the moon’s secret movements across the city.

The Roving Moon is a part of Chester, Designed by Nature, a new six-month community arts project launched by Destination Chester, with support from the European Regional Development Fund.

The project aims to embrace and explore the natural world that surrounds us through a programme of art, activities, performance, storytelling and amazing large-scale sculptural installations which will appear across the city.

Lisa Fielding, home school educator and workshop attendee, said: ‘It has meant a lot to the children and their families to be part of the city’s parade. When families take the plunge into home-based learning, one of the challenges is making sure the children have the opportunity to be part of the wider community. Initiatives like this make sure they have treasured memories of inclusion and belonging.’

Jen McAndrew, project manager, Destination Chester said: ‘The home school community have been so excited to play their part in the unveiling of the #chestermoon. Children as young as five have been painstakingly creating the intricate willow and paper structure which will represent the moon in the parade.

At some point during the parade, the secret location of the roving moon will be announced by the town crier and the brand-new light sculpture will be turned on – and on it will remain until the festive season is officially over in January.’

For more details, go to www.visitchester.com, or @visitchesterandcheshire on social channels. Use #chestermoon to search for moon locations or post photographs when discovered.