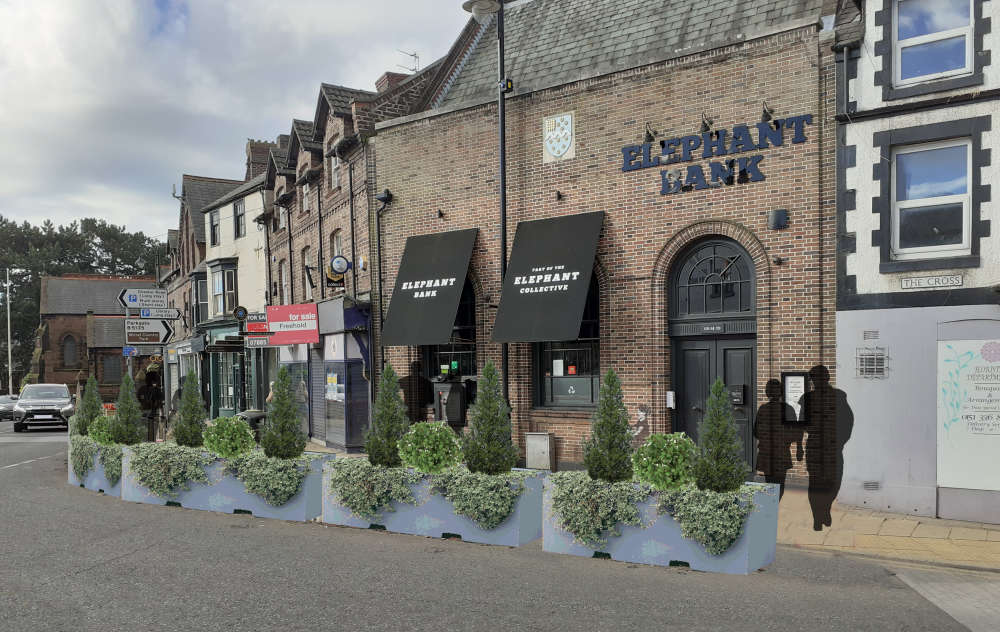 Two new initiatives will arrive in Neston next week (26 July) that will add a splash of greenery to the town as well as new seating.

The first new arrival will be planters which will replace the red and white barriers at the Cross.  The new planters have been funded by Neston and Parkgate’s three Cheshire West and Chester ward members and will be planted up and maintained by Elephant Bank.

The second arrival is a parklet. The parklet will be located in half of the parking bay by Domino’s and will comprise seating and planting to provide a unique space for people to meet friends, new and old, have a chat, share ideas or simply watch the world go by.

Surrounded by lush planting the parklet will create a new space for shoppers in the town and will remain in place until the end of September.

The parklet is being funded through the Covid Outbreak Management Fund as part of a scheme of initiatives to support the High Street as it recovers from the pandemic.

Councillor Louise Gittins, Leader of  Cheshire West and Chester Council said: “I am delighted that Neston is a pilot for the new parklet.  Adding additional seating and planting to the high street will create a new and much needed feature to the town that will hopefully see people staying longer in the town and exploring all the amazing shops it has.

“The new planters will also add more greenery to the town and compliment the planters by Blue Bicycle.  Both initiatives aim to create more space for pedestrians to move around the high street safely and comfortably.”

The parklet is a pilot scheme and feedback about it should be emailed to: