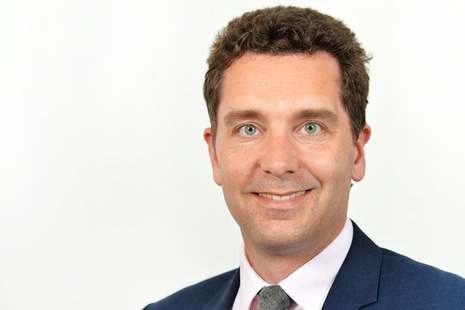 Across the country, people will be reflecting on loneliness and how it impacts our own mental health, as well as that of family, friends and colleagues.

Long-term loneliness is closely linked to mental health problems such as depression and anxiety.

Eddisbury MP, Edward Timpson CBE, has marked the week by highlighting the work of Cheshire-based charities in supporting people with mental health issues.

The recent Queen’s Speech—which outlined the Government’s plans for the next year—set out plans to bring forward the draft Mental Health Act Reform Bill and the draft Victims' Bill, which will help to put the people who need care most at the heart of mental health services.

“I very much welcome the measures to put the Victims’ Code on a statutory footing, because these are very basic rights that need to be upheld for anyone who is a victim of crime.

“One of the other consequences of being a victim of crime is often the mental health fall-out from being involved in that crime and what follows afterwards—the trial or other matters.

“During what is Mental Health Toggle showing location of Awareness Week, I ask [the Home Secretary] what can be done to add to the Victims’ Code to ensure that those who find themselves in that unenviable position get the support they need so that they can get their mental health back, as well as the rest of their life?”

“My hon. Friend makes probably one of the most important points about support for victims, and also about how we can help victims to rebuild their lives and live their lives with confidence going forward.

“Within this work and the framework is the question of how we integrate many of our mental health service supports and the NHS more widely.

“The funding for victims, particularly in the areas of independent sexual violence and domestic violence advisers, is just one part of that. Legislation is only part of the solution. It is about how we deliver integrated services within our communities and also how much of the triaging takes place, whether that is through police and crime commissioners, the Victims’ Commissioner or even local policing, as well as mental health services in the community.”

“We hope this year’s theme of loneliness will strike a chord with many of us who felt lonely and struggled throughout the Covid pandemic.

“Millions of us experience loneliness from time to time. We know that some people are at higher risk of experiencing loneliness and the evidence shows the longer we feel lonely, the more we are at risk of mental health problems.

“Loneliness deserves more attention, and we’re calling on everyone who has struggled as a result of being lonely to share their experiences. We must work together—as individuals, as a society and through government policy—to reduce loneliness and prevent mental health problems by investing in welcoming, social spaces and new community initiatives.”

Some of the ways people can participate in Mental Health Awareness Week are by:

...or join the conversation on social media using: