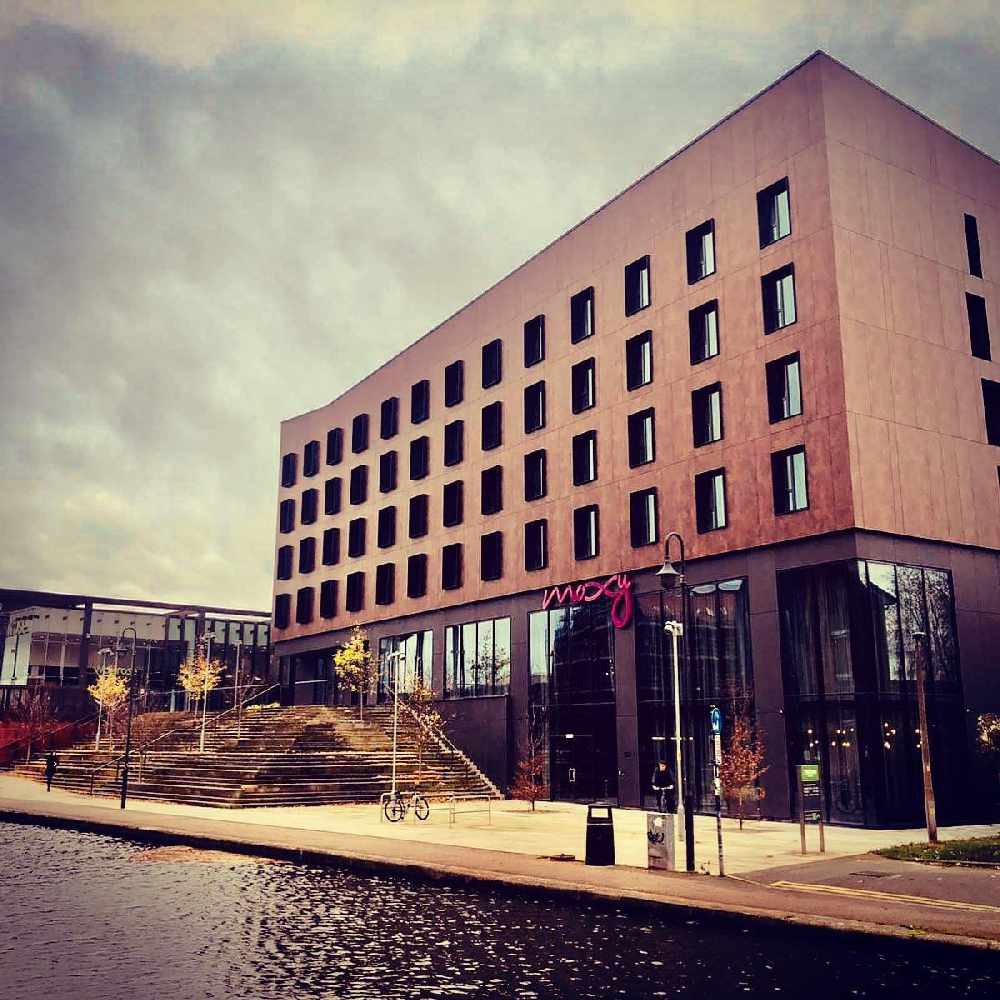 Despite England currently being in lockdown, a new 194-bedroom boutique hotel has opened in the heart of Chester, creating 9 jobs.

Moxy Chester has decided to throw open its doors to key workers and business travellers.  Famed for its playful spirit and dynamism, the chain is renowned for pushing the boundaries in the hospitality industry.
Moxy Hotels, as a brand of Marriott, are celebrated for standing out from the crowd and Moxy Chester will be no different.  Built within a 5-minute walk to the city centre and train station, the hotel is themed throughout with stylish nods pertaining to its locality near the racecourse.  A stunning steel horse installation greets guests on arrival as well as a series of murals themed on racing.  A unique artist’s interpretation of the infamous Shot Tower landmark has also been specially created inside.
The lobby boasts a state-of-the art video wall and 24/7 Food & Beverage.  A bar, which doubles as check-in, features wines by the glass and local brews.  All bedrooms are equipped with large flat screen televisions, built in USB ports and free Wi-Fi.  Plus, the hotel has 24 car parking spaces.
The new Captain, Moxy’s take on a General Manager, is 40-year old Trevor Roberts.  With a wealth of experience in the hospitality industry, Roberts has worked his way up through the ranks of pub chains and breweries.  Laterally he was General Manager for 3 flagship sites for a Manchester based brewery and is proud to be holding the reins of a hotel in a city he knows well.
Roberts comments; “I love a challenge and there’s no better challenge than to open a sizeable new hotel during these unprecedented times.  We have worked hard to ensure all our Covid-19 safety procedures are in place for guests and staff and we are already gaining traction with bookings and are making plans for Christmas.”
Regional Director of Operations for UK and Italy for Hotel Co 51, the operating company for Moxy Chester, Donovan Sumner commented; “This is Moxy’s 10th UK opening and it’s great to bring our innovative and unique style to this fabulous Roman city.   Trevor’s experience means he is well placed to head up this operation and we’re proud to be creating jobs at this unbelievable time for the hospitality industry.”  He continued by saying; “We love Chester so much that plans are already afoot for a second hotel under the guise of a Courtyard By Marriott which we plan to open in the near future.”
Other Moxy Hotels within the UK, operated by Hotel Co 51 include Aberdeen, Glasgow, London Stratford, NEC Birmingham, York and Southampton.  The next Moxy launch will be Edinburgh Fountainbridge which is due to open in Spring 2021.