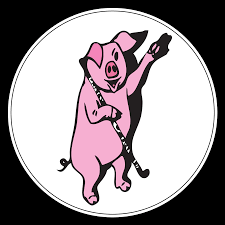 Hockey players are playing non-stop from dawn to dusk to raise money for a children’s charity on behalf of one of its members.

Deeside Ramblers Hockey Club members aged from under-eight to over-70 will play continuously for 16 hours from 5am until 9pm at the club’s ground near Tarporley, Cheshire.

Half the money raised is being donated to the Alder Hey Children’s Hospital, Liverpool, in thanks for the treatment given so far to little Max.

The two-year-old, from Tarvin, Cheshire, has been receiving treatment at the world-famous children’s hospital since he was diagnosed with cancerous Wilms tumours on his second birthday shortly before Christmas 2021.

Dad Andy and the family are longstanding members of the club, which has over 500 men’s, women’s and children’s members.

Beth Alvey, Community Officer at Deeside Ramblers HC, said: “We were planning a fund-raising day towards our new pitch floodlights when we heard about Max and everything he and his parents are going through.

“We pride ourselves on being a family hockey club and just wanted to do something to help and show our support to friends who have been part of our club for years, so we have decided to donate half of the money we raise from the game to Alder Hey to support the incredible things they do there.

“This is going to be a single, non-stop game from dawn to dusk and we will have players of all ages playing throughout the day, including several generations from the same families.”

Since his initial diagnosis Max has been in and out of hospital for chemotherapy and complications, which affected his liver function.

After being laid up for three weeks recovering from the liver setback, the toddler literally had to learn to walk again earlier this year after losing the muscle mass in his legs.

On 17th March, Max underwent nine hours of surgery at Alder Hey to remove the cancerous tumours, as well as one whole kidney and two-thirds of the other.

Andy, Max’s Dad, said, “I am excited to be part of this event that is raising money for two important causes in my life. One of them from as soon as I could pick up a stick and the other being Alder Hey Children’s Hospital.”

The match begins at first light on Saturday, 21st May at the Deeside Ramblers ground at the Gardenhurst estate, Whitchurch Road, Tiverton, and will continue until 9pm.