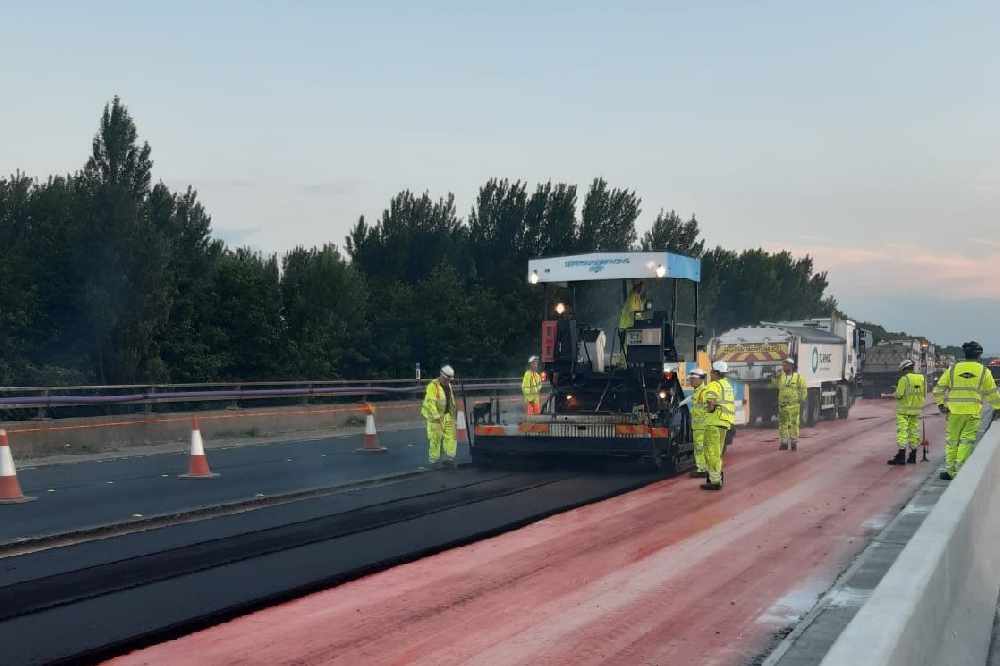 A major scheme to revitalise a motorway bridge in Cheshire has been completed four months ahead of schedule.

Highways England was able to close one lane in each direction over Helsby Viaduct on the M56 near Ellesmere Port during the coronavirus lockdown after traffic levels fell by around two thirds.

The extra space doubled the size of the construction area and meant work to install new safety barriers, improve drainage, waterproof and resurface the bridge could be carried out much more quickly than previously planned.

The scheme is part of £12 million worth of improvements taking place on the Manchester to North Wales motorway to provide better journeys for drivers. Work has also been completed to install a new central reservation barrier on the M56 near Warrington and resurface the motorway near Ellesmere Port.

"We’ve lifted the reduced speed limit over Helsby Viaduct after we completed major repairs in half the time.

"We’d originally planned to carry out the work using a contraflow system and temporary narrow lanes, which would have meant a reduced speed limit being in place until November.

"Instead, we kept two lanes open in each direction for drivers making essential journeys during the coronavirus lockdown and have been able to remove the roadworks four months ahead of schedule."

A scheme to improve drainage on the section of the M56 near Manchester Airport (junctions 6 to 8) is also due to be completed next month, ahead of the main construction work starting this autumn on a major project to reduce congestion and increase the motorway’s capacity.

Another scheme to repaint road markings and install new reflective road studs is due to take place on the M56 near Warrington (junctions 9 to 10) in August. All the work will be carried out overnight using lane closures, with no impact on drivers during the day.

Pictured - Work to revitalise Helsby Viaduct on the M56 has been completed four months ahead of schedule.