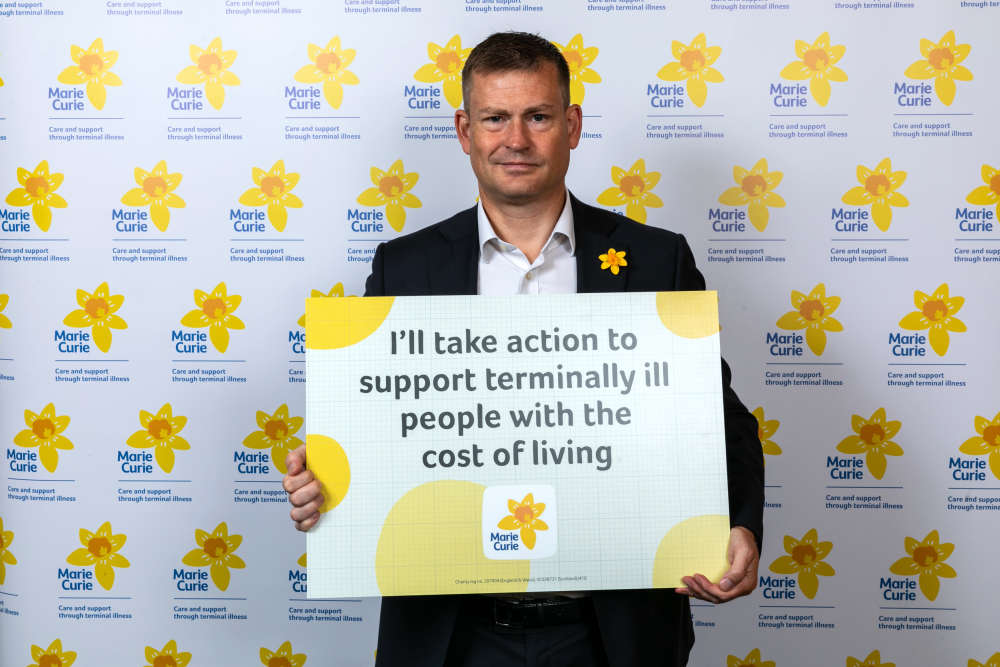 Shocking statistics about the number of people who die in poverty have been revealed to MPs by a long-established cancer charity.

Ellesmere Port and Neston MP Justin Madders was among Parliamentarians who attended a Marie Curie drop-in event in Westminster to support the charity’s Dying in Poverty campaign.

Mr Madders, formerly a health and social care lead in Labour’s Shadow Ministerial team in Parliament, was told a petition to extend financial support for people with a terminal illness and their families already has attracted more than 100,000 signatures.

Mr Madders said: “I was shocked to learn that 10 people die in poverty every hour in the UK. As one of the wealthiest nations in the world this just should not be happening.

“It’s harrowing to hear about the plight of so many working people falling into poverty after a terminal diagnosis and Marie Curie’s campaign is doing great work to highlight the areas in which financial safety nets are not suitable for the needs of dying people, especially working age people and working age parents.

“I’m proud to support this campaign and encourage everyone to sign the online petition to improve the lives of terminally ill people and their families.”

Mark Jackson, Marie Curie’s senior policy and research manager, said: “Anyone can be diagnosed with a terminal illness and have their financial security swept from under them due to lost income and soaring costs. The cost-of-living crisis will only make this situation harder for families affected by terminal illness.

"Already more than 110,000 people have signed our petition calling on the Government to improve financial support for people living with terminal illness and struggling with how to pay their bills.