How Many Smoke Alarms Do You Have? 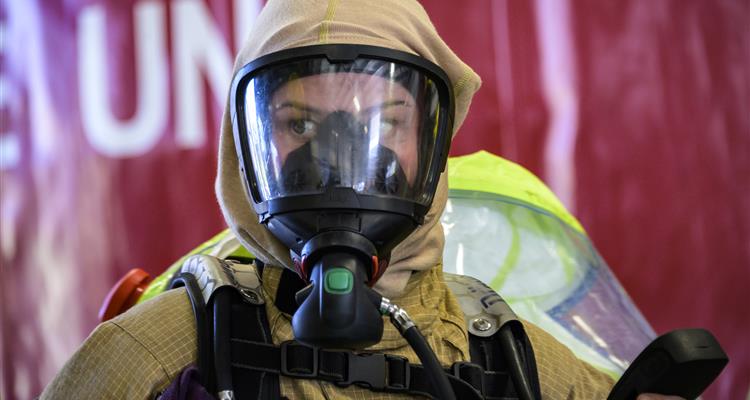 Cheshire Fire and Rescue Service is asking people to make sure they fit smoke alarms.

Latest fire statistics reveal that one smoke alarm may not be enough to provide you with the best chance of escaping a fire in the home.

It’s clear that most people know a working smoke alarm can save lives by providing those vital few seconds needed to escape a fire in the home.  But, despite the majority of homes (90%) having at least one working smoke alarm in their home, smoke alarms alerted householders to a fire in England in only 43% of cases.  The most common reason a smoke alarm failed to activate was because the fire was outside its range.

For this reason, the service is encouraging the public to have a think about the smoke alarms in their home and whether they have enough smoke alarms.

The head of Cheshire Fire and Rescue Service’s Prevention Department, Nick Evans, said: “We must all make sure that we have enough smoke alarms to cover our whole homes. If you don’t have enough, or they’re not in the right place, you might not be alerted in time.

“The vast majority of us now have at least one smoke alarm in our homes, but early detection and warning is vital to reduce the devastation a fire in the home can cause. That’s why it’s so important that you have enough smoke alarms and that they are in the right place to have the best chance of alerting you and your loved ones to a fire.”

“You should make sure you have at least one smoke alarm on every level of your home, preferably in hallways and landings.  And placing smoke detectors near to sleeping areas and in rooms where there are electrical appliances could give you the extra warning you need.

“It’s also important to remember that smoke alarms don’ t last forever. The power might work, but the detection mechanism deteriorates with time. So whether they are battery operated or wired to the mains, to work at their best they should be replaced every ten years.”

Below are the Services top smoke alarm tips:

The Service is also urging carers and people who keep a close eye on less able relatives to check that these homes have enough smoke alarms and that they are in the right places too.