Getting on your bike 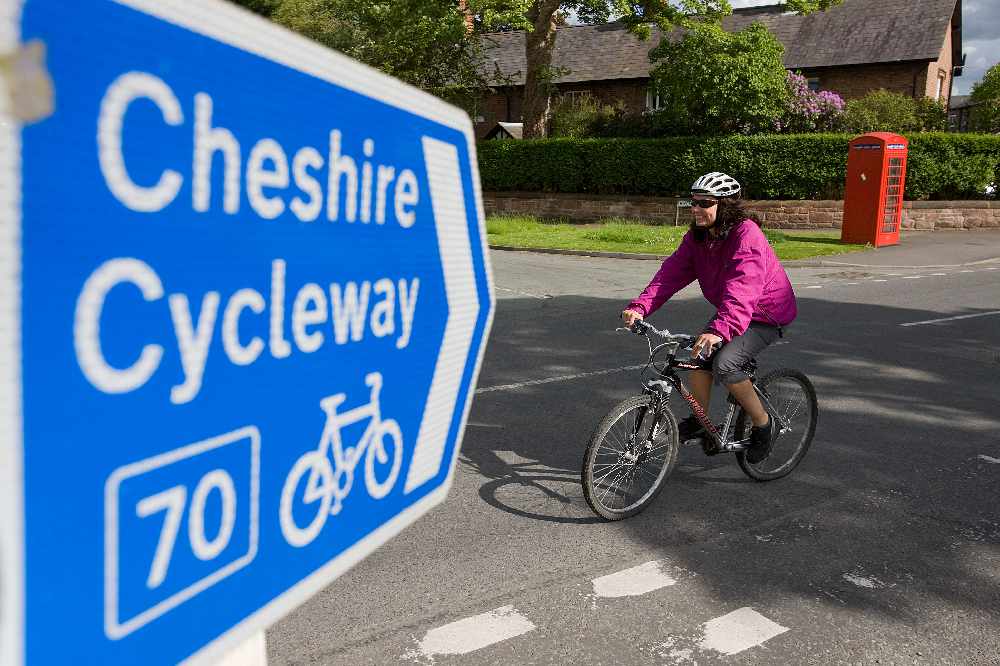 There has been a dramatic fall in traffic volumes across the borough, with walking and cycling having played an increasingly important role.

These trends have also led to congestion almost being eliminated and a significant drop in pollution.

The Government announced a £2 billion package to support active travel to help the country emerge from the corona crisis at the beginning of May. Encouraging the sustained use of active modes of transport will form part of the recovery plans while supporting the ambition to be carbon neutral.

Cheshire West and Chester Council has been indicatively awarded up to £805,000 from the Emergency Active Travel Grant. This is part of £33.5 million grants to the North West, that will help to create enhanced facilities for pedestrians and cyclists across the borough to help keep their distance for safe essential journeys and exercise during the coronavirus lockdown and through recovery.

The Council has been working closely with cycling groups, residents, local councillors and partners to develop a full programme of temporary, pop-up measures such as footway extensions, one-way streets, removing through traffic on certain roads, adding extra cycle lanes and removing street clutter at pinch points. This funding announcement means that viable schemes can start to be implemented as early as next week.

An online tool will be launched shortly to gather further suggestions, but in the meantime ideas can be emailed to: TransportStrategy@cheshirewestandchester.gov.uk

Councillor Karen Shore, Deputy Leader and Cabinet Member for Environment, Highways and Strategic Transport said: “As a long-term champion for active travel, I am really heartened to see so many people choosing cycling and walking over cars wherever possible. I want to thank all the cycling and walking groups who have contacted me from across the borough for their ideas and patience in us bringing these schemes forward. The launch of our online tool means this work will continue, with more people being able to make suggestions on improvements we can make in their area.

“With quieter roads and beautiful weather, this is the perfect time to start cycling if you’ve not done so already and maybe Bike Week (6 to 14 June) will offer that extra inspiration”.

Take part in the Bike Week #7daysofcycling challenge, it is a fun way to test your cycling boundaries. There are no rules on what counts as one of your entries, all you need to do is go cycling or take part in a cycling-related activity and share a photo, video or story about your experience on Instagram or Twitter, using #7DaysofCycling.

There are various cycle route maps available for downloading at http://itravelsmart.co.uk/cycle/ the routes include the 10 mile traffic free journey along the Shropshire Union Canal towpath from Waverton to Ellesmere Port and The Chester Greenway starting in Mickle Trafford and ending in Deeside. The other routes are designed to be as traffic free as possible including Bikeability maps for Chester, Ellesmere Port, Neston, Frodsham, Helsby, Northwich and Winsford.

The Government is publishing a national cycling plan in early June, in line with the statutory Cycling and Walking Investment Strategy to help double cycling and increase walking by 2025.

For employees who want to start cycling to their place of work, but who don’t have a bike right now, the popular Cycle to Work Scheme already allows employees to save between 25 per cent and 39 per cent on the cost of a new bike or an electric bike.

If there is an old bike in the shed, a voucher scheme for bike repairs and maintenance is also being planned by the Government.