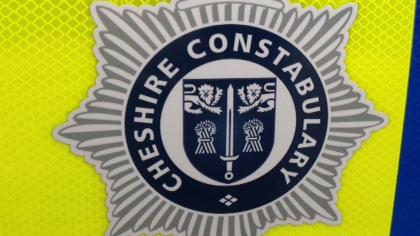 A gang of men from Ellesmere Port who flooded the town’s streets with class A drugs have been jailed for a total of more than 20 years.

Cooper, who was the leader of the organised crime group, also admitted a charge of conspiracy to possess another class A drug (heroin) with intent to supply, as did Walker and Flood.

Brothers David and Nigel Middleton, both of Bailey Avenue, pleaded guilty to a charge of conspiracy to supply heroin.

David Middleton also admitted a charge of possessing a prohibited weapon after what looked to be a torch in his trouser pocket when he was arrested turned out to be a disguised Taser.

Cooper, who prior to being taken into custody lived on Bebington Road in Great Sutton, David Middleton, Walker and Flood were sentenced for their offences at Chester Crown Court on Thursday 30 May.

Cooper was jailed for six years and David Middleton was given a custodial sentence of seven years and four months.

Walker, of Singleton Road, was sentenced to three years in prison and Flood, who prior to being taken into custody lived in Suffolk Avenue, was handed a three-year sentence to be served at a young offenders’ institute.

Nigel Middleton was sentenced at Chester Crown Court on Friday 14 June. He was jailed for three years.

They discovered that Cooper was the ringleader of the operation who distributed class A drugs and drug dealing instructions to the other members of the gang.

His sub dealers would then sell the drugs to Ellesmere Port residents after sending them text messages informing them of when and where they could buy heroin and crack cocaine.

A pay-as-you-go phone used to send such messages was seized from David Middleton’s home when he was arrested on Sunday 17 February following an allegation of assault.

A list of contacts believed to be involved in drug related activities, £755 in cash and plastic bags commonly used for drug dealing were also found at the address.

Whilst David Middleton was in custody Walker took his place in the group.

Flood began dealing drugs for the gang the day that he was released from a young offenders’ institute, on Friday 22 February.

A few weeks later, on Thursday 7 March, a package of drugs dropped off by the gang in a wooden area in Rivacre Brook was seized by police. It contained 85 bags of crack cocaine that could be sold on the streets for between £10 and £20 each.

Cooper, Walker and Flood were all arrested the following day.

All three men were found with mobile phones that were used as part of the gang’s drug dealing activities.

Cooper was also found with clothing that matched what officers had seen when monitoring a man delivering drugs.

Drug paraphernalia was also found when the arrests were carried out.

Forensic analysis of the mobile phones that were seized revealed the full extent of the group’s offending.

Detective Constable Roy Wellings, of Ellesmere Port Local Policing Unit (LPU), said: “I would like to thank the officers and staff involved in this investigation for all their hard work in securing these convictions.

“Our two-month investigation into this group’s drug dealing activities revealed that Joseph Cooper was the ringleader and David Middleton, Nigel Middleton, Paul Walker and Carter Flood all supplied illegal drugs to Ellesmere Port residents on his behalf.

“Removing those involved in class A drug dealing from our communities is of paramount importance as they have a hugely detrimental impact, causing widespread misery.

“I hope that the sentences handed out to the five members of this organised crime group hammers home the message that drug dealing in Ellesmere Port and the wider Cheshire area will not be tolerated.

“I also hope that they deter others from getting involved in the supply of illegal drugs.”

A Proceeds of Crime Act hearing focusing on the group’s ill-gotten gains is set to take place in September.

Chief Inspector Alex McMillan, also of Ellesmere Port LPU, said: “Although this case has now been concluded our fight against drug dealers goes on and I urge anyone with any information about suspected drug related activity in their community to get in touch with the details.

“Breaking the cycle of serious and organised crime is very difficult and while we work with our partners we need the public to be extra eyes and ears and to come forward with information.”