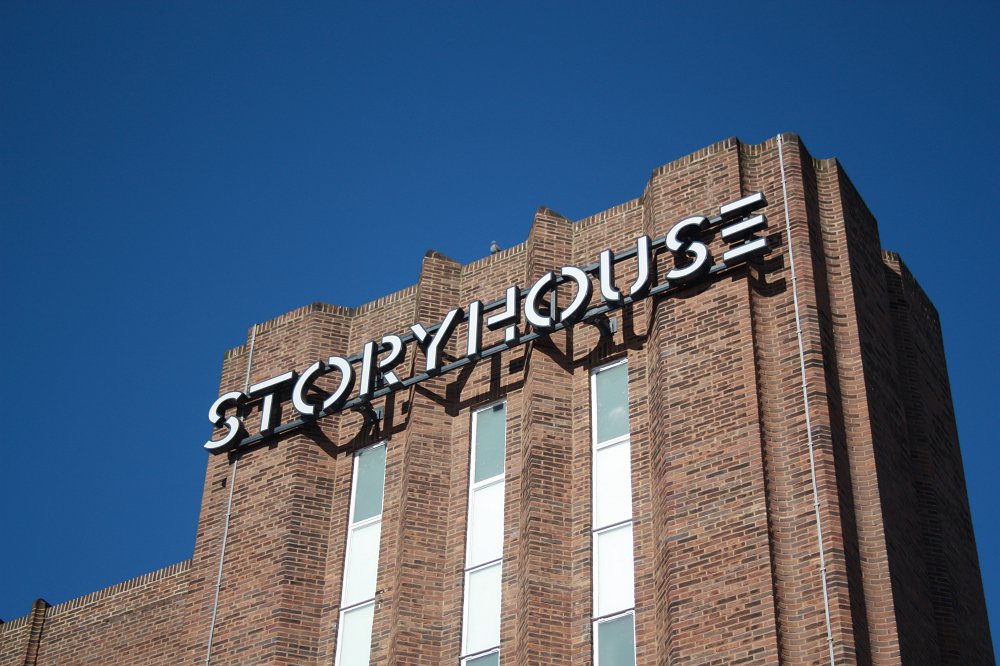 Chester Literature Festival returns to Storyhouse this autumn and the first names taking part in this year’s event have now been revealed.

Fans of the written and spoken word can expect two weeks of unmissable events, performances and conversations in what is one of the longest-running annual literature events in the country.

The 2022 festival takes place from 10-25 November with a wide-ranging programme of special guests including writers, poets, actors and broadcasters.

This year’s themes are mental health, wellbeing, belonging and a sense of home.

Ahead of the main festival there will be a special visit to Storyhouse from Graham Norton.

The superstar presenter, chat show host and voice of Eurovision is also an acclaimed author with several bestselling, award-winning novels to his name.

His latest book, Forever Home, is due to be published at the end of September and on Monday, 17 October Storyhouse audiences will be able to hear its author talk about the darkly funny and emotionally engaging story which probes unlikely relationships and sinister gossip in small-town Ireland.

He will discuss the themes of the novel, how he creates his characters and the atmospheric locations as well as sharing tales from his own extraordinary career in one unmissable evening.

Prolific author Patrick Gale brings his new book Mother’s Boy to Chester Literature Festival on Tuesday, 15 November for a special An Evening With...

Mother’s Boy is his first fully historical novel since his bestselling 2015 book A Place Called Winter and is based around the known facts about the boyhood and youth of the great Cornish poet Charles Causley and the life of his mother who raised him singlehandedly.

A story of Cornwall, class, desire and two world wars, Gale’s 17th book centres around a man who is among, yet apart from, his fellows and in thrall to, yet at a distance from, his own mother. But equally it is the story of a dauntless woman who will continue to shield her son long after the dangers of war are past.

Saturday, 19 November sees internationally acclaimed novelist Joanne Harris entertain festival audiences with #Storytime, a musical storytelling show in which Harris and her band combine original music, songs, images and stories – or what she describes as ‘Jackanory with drums’.

Expect tales from her illustrated collection Honeycomb along with longer pieces based on her novellas A Pocketful of Crows and The Blue Salt Road.

At the age of 23 and not long out of drama school, the actor had what he now understands to be a psychotic breakdown and ended up being sectioned under the Mental Health Act. Maybe I Don’t Belong Here is a ground-breaking account of the effects of everyday racism on the identity and mental health of Black British men.

Poet Lemn Sissay returns to the Literature Festival on Thursday, 24 November, reading from his Sunday Times bestselling memoir My Name Is Why followed by a Q&A with the audience.

The former Storyhouse artist in residence will reveal a story of neglect and determination, misfortune and hope, and cruelty and triumph as he reflects on a childhood in care, self-expression and Britishness.

Born to an Irish mother and Caribbean father, Kit de Waal was brought up among the Irish community of Birmingham in the ‘60s and ‘70s. Her debut novel My Name Is Leon was an international bestseller, shortlisted for the Costa First Novel Award, longlisted for the Desmond Elliott Prize and won the Kerry Group Irish Novel of the Year Award for 2017. At Storyhouse she will discuss her memoir Without Warning and Only Sometimes released in August 2022.

More names are set to be announced in the coming weeks.

Festival events will also include workshops and the Human Library.

Chester Literature Festival was launched in 1989 by volunteer organisation Chester Arts 89 and city booksellers who programmed a week of literary activity including a reading by the niece of novelist D H Lawrence.

This is the 11th year that the festival has been programmed by Storyhouse, and along with visiting names, special artists in residence have included Benjamin Zephaniah, Imtiaz Dharker, Lemn Sissay and Ted Hughes Prize-winner Hollie McNish.

Storyhouse Creative Director Suzie Henderson said: “We’re really pleased to be able to present such a fabulous line-up for this year’s Chester Literature Festival. And this is announcement is just the beginning – there are more big names and great events which will be revealed over the next few months.

“The themes of this year’s festival are mental health and wellbeing and a sense of home, and I know our guests are going to provoke some fascinating, insightful and important discussions.”