End of an era for Cheshire Charity Chief 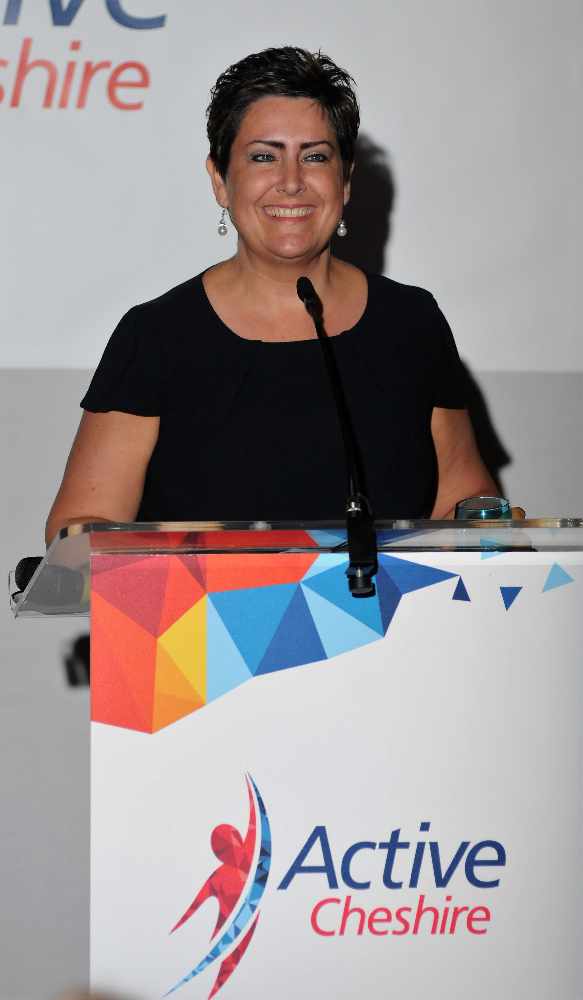 Anne has led the Charity for 8 years, transforming, rebranding and repositioning the Charity as a leader in its field, locally, nationally and internationally.

Under her leadership the organisation has strengthened its intelligence capability, diversified its income, strengthened Governance and expanded its influence and customer base. In 2016 Anne spearheaded a Movement To Tackle Inactivity, which secured the support of more than 5000 citizens and stakeholders locally. In recent years the Charity was recognised as ‘Outstanding’ by Sport England, cited as ‘best practice’ by World Health Organisation, secured a ‘World Class’ Net Promoter Score from its customers and won a wide range of industry and charity awards.

This year Anne is one of just 25 people nationally to be recognised by the ‘People’s Honours’ to receive a British Citizen Award, acknowledging her hard work and commitment to community.

Reflecting on her time at Active Cheshire Anne said:

‘It has been a great honour to serve this community and to work alongside such a wide range of committed and creative partners. I am so privileged and proud to have worked with such an incredible staff and Trustee team, whom I will sorely miss’

Charity Chair Dr. Paul Hancock OBE said: ‘We would like to thank Anne for all that she has achieved during her time at Active Cheshire, and we wish her well and good luck for the future.’

Active Cheshire continues its ambition to reduce physical inactivity by 15% by 2040. The Board of Trustees will be seeking to appoint a successor in the New Year.

Anne is the award-winning Chief Executive of Active Cheshire; the lead body for physical activity and sport in the Cheshire and Warrington sub-region. She is born and bred in Cheshire where she lives with her 3 grown-up children.

She has 20+ years of experience spanning public, private and voluntary sectors having held leadership positions within Sport England, NWDA, Local Government and her own award-winning business, which secured her a seat on a Prime-Ministerial think tank. Anne is a passionate contributor to her home county, donating her time to the British Red Cross as Vice-President , to Cheshire and Warrington LEP as a member of the Oversight and Scrutiny Committee and to the West Cheshire Poverty Truth Commission as a Commissioner. She is also a member of the Cheshire & Merseyside STP Clinical Advisory Group seeking to transform health services.

Anne is extremely well networked as an active member of the Global Leaders Alumni and of HEPA Europe. She is a Fellow of the Royal Society of Arts and of the Royal Society of Public Health and is a member of the Institute of Directors. Anne is passionate about tackling inequality and has a particular interest in the improvement of mental health services. She is a supporter of women in business.