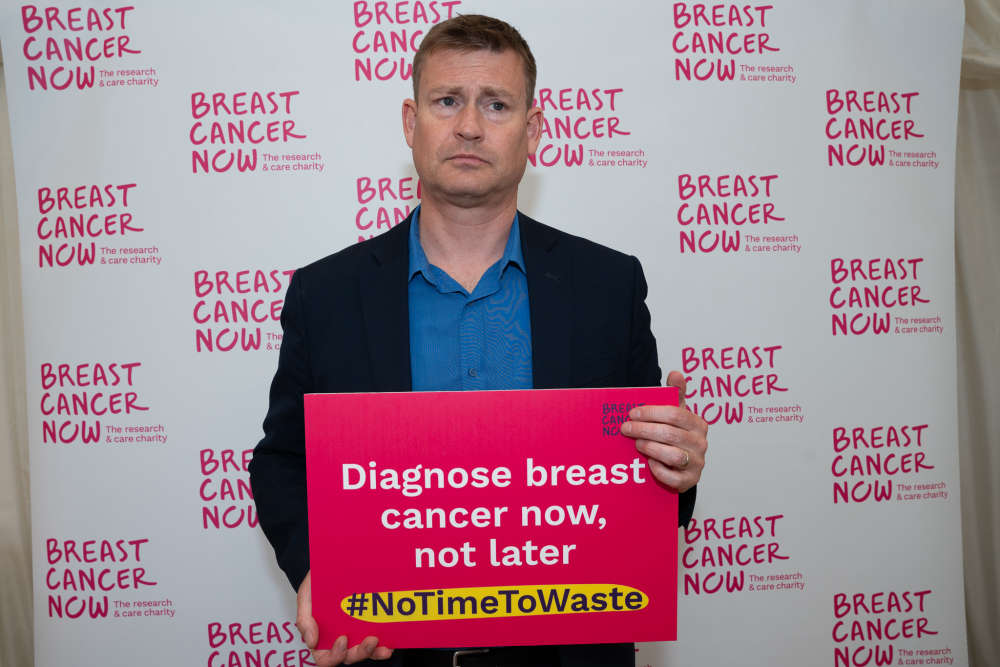 The importance of making an early diagnosis of breast cancer has been stressed by a local MP.

Justin Madders, MP for Ellesmere Port and Neston and formerly Shadow Minister for Health and Social Care, has been updated on Breast Cancer Now’s #NoTimeToWaste campaign.

At an event held at the Thames Pavilion he was old about latest cancer waiting times which indicate that the shortfall in breast cancer diagnosis is growing again, with more than 8,000 people now thought to be living with undiagnosed breast cancer. And the target of 93% of people with breast symptoms being seen by a specialist within two weeks of referral also continues to be missed.

Nycolle Diniz, acting public affairs manager for the All-Party Parliamentary Group on Breast Cancer Secretariat, said: “The fact that the new Faster Diagnosis Standard (FDS) target – for 75 per cent to be diagnosed or have the cancer ruled out within 28 days of referral – continues to be met in breast cancer, strengthens our feeling that we need to raise the ambition for breast cancer diagnosis.

“This is why the central ask of our #NoTimeToWaste campaign is for the FDS to be raised to 95 per cent, as originally proposed by the Independent Cancer Taskforce in 2015, to make sure people are not waiting longer to be seen and diagnosed with breast cancer.

Mr Madders said: “We’ve seen the contribution early diagnosis has made to improving survival rates and we know the impact that late diagnosis can have – both on patients’ lives and on the Government’s ambitions.”

He is now writing to Health Secretary Sajid Javid MP drawing his attention to a cross-party letter from MPs urging to raise the Government’s ambition on breast cancer diagnosis.

breastcancernow.org/FDSletter
Breast Cancer Now leaders are also highlighting that waiting for a diagnosis, or receiving one, can be a stressful time. Anyone with concerns can contract the Breast Cancer Now helpline for free on:
0808 800 6000