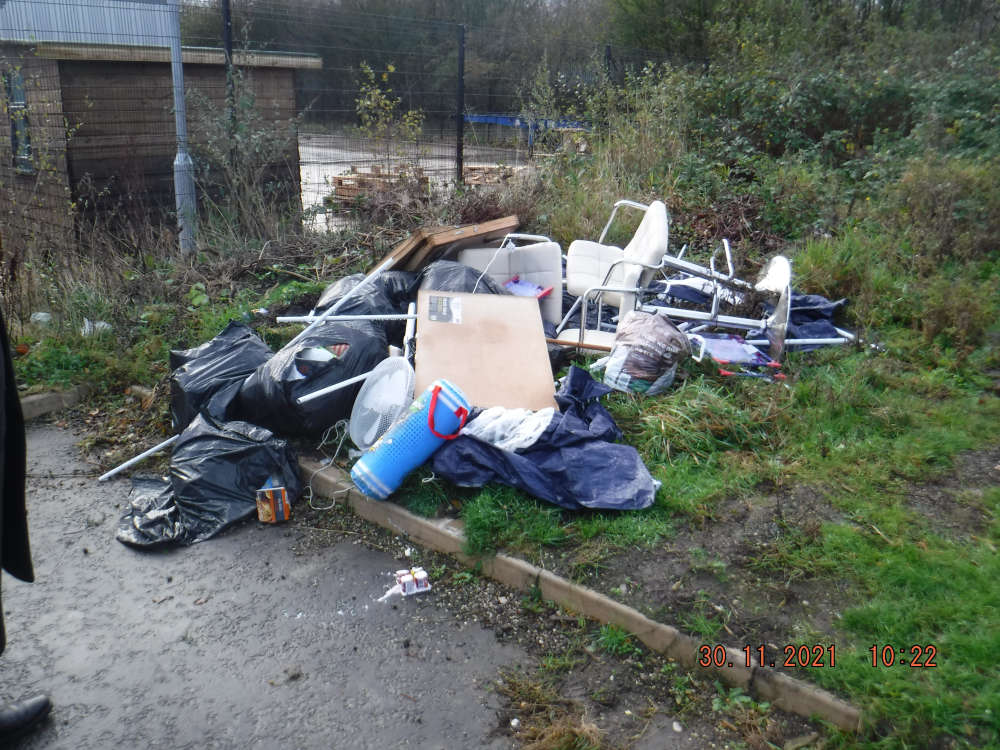 In the lead up to Christmas one offender was issued with a £400 Fixed Penalty Notice (FPN) within two hours of their dumped waste being discovered by officers.

Officers from the Council’s Regulatory Services teams designed and led on the ongoing operation in partnership with Cheshire Constabulary’s Rural Crime team and the Environment Agency, as part of on-going efforts to target illegal fly-tipping and waste transfer offences within the borough.

On average, there are almost 600 fly-tipping incidents every month across the borough.

As part of the ongoing operation, officers from these organisations are working collaboratively to investigate fly-tipping incidents and conduct vehicles stops for waste transfer offences.

This week a further two illegal waste carriers have been fined £300 each for transporting waste illegally within the borough, and a third waste carrier has been given a week to produce their documents for inspection.

During waste carrier stop checks Cheshire Police are also deploying their new ‘SelectaDNA’ marking spray to mark any waste they find in transit, so that if any of these materials are later found to be illegally fly tipped the waste carrier can easily identified.

More than 400 points of contact are being made with the public per week during the operation, which has now resulted in officers issuing more than £2,400 in fixed penalty notices for fly-tipping offences alone.

As part of this clampdown the Council has also deployed mobile CCTV in several fly tipping hotspots across the borough and this will continue over the coming months.

Anyone caught illegally dumping waste in Cheshire West & Chester could face a fine or in the worst cases a prison sentence.

In one instance a suspect was interviewed on his doorstep and due to the evidence gathered against him (which included items within the waste materials, two separate pieces of CCTV, ANPR checks and two witness statements) he was issued with an FPN for fly-tipping.

Councillor Karen Shore, Deputy Leader and Cabinet Member for Environment, Highways and Strategic Transport, said: “This was a highly successful start to an ongoing operation. Our officers will continue to inspect and enforce against fly-tipping and waste carriage offences as part of their normal duties.

“We will continue to work in partnership with Cheshire Police and the Environment Agency to target anyone who chooses to blight our borough with illegally deposited materials, or to carry waste illegally within our borough. Our mobile CCTV cameras are moving around the borough specifically to identify incidents of fly-tipping.

“We encourage residents to contact us to report fly-tipping, as soon as possible, on either 01244 973708 or via email on:

Or you can provide information anonymously via Crime Stoppers either online at www.crimestoppers-uk.org or call 0800 555 111.”

The Council is again urging residents to not be tempted to use the services of Illegal waste carriers who often target people on social media.

Unlicensed carriers often simply dump the waste along country lanes or in alleyways leaving the bill for removal and disposal with the Council.

The Council’s Regulatory Services team will look for any evidence they can find in relation to fly tips, and householders or small businesses found to be using rogue traders to dispose of their waste can be prosecuted.

Cllr Shore added: “Please check anyone disposing of waste for you is a licensed waste carrier – always be wary if you are approached by an individual to take your rubbish away.”

If you discover illegal tipping of waste or see it being tipped, report it 24 hours a day on the Council’s website or ‘Report It’ app.

Check a waste carrier is registered on the Environment Agency’s website:

Pictured - Fly-tippers received FPNs for these offences in Ellesmere Port.