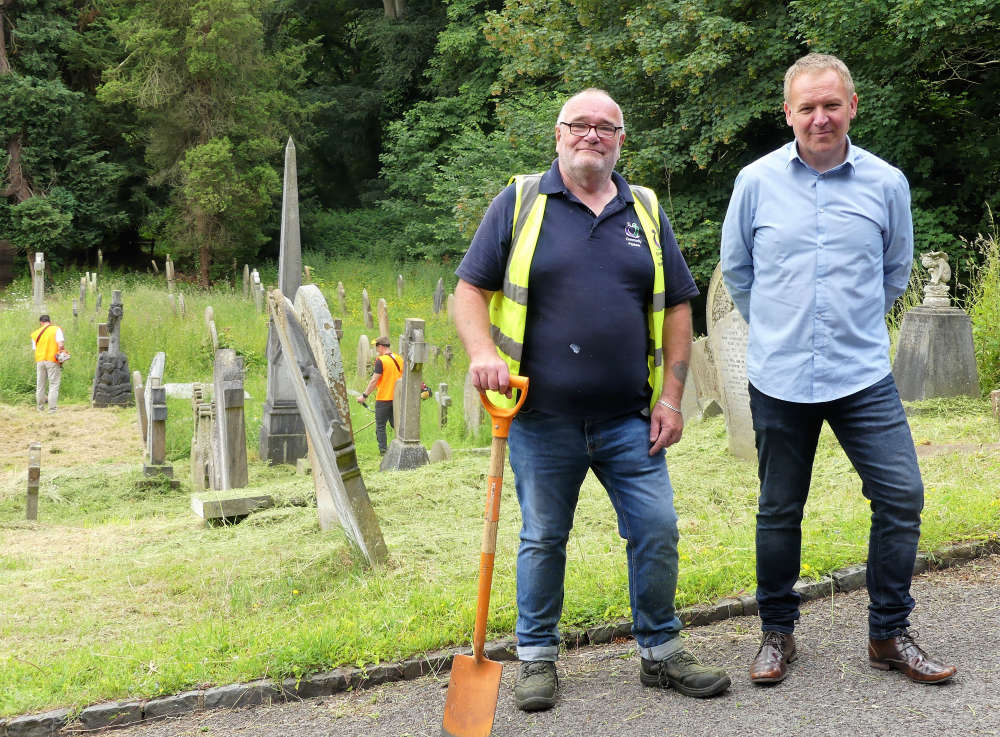 Work carried out by Community Payback teams at Overleigh cemetery has been praised by Cheshire West and Chester Council.

Community Payback is a sentence made by the court that involves people working for a period of time under the supervision of the Probation Service on tasks that benefit local areas.

Teams of people doing unpaid work have cleared areas of overgrown grass, edged footpaths, cut hedges and generally tidied all areas within the old or ‘closed’ section of the cemetery.

Commissioned by the Council’s Streetcare Team, the work started at the cemetery around 12 months ago and has been supervised by Community Payback Supervisor, Edwin Isambard Parker, who is committed to improving the area.

The Council’s Deputy Leader and Cabinet Member for Environment, Highways and Strategic Transport, Councillor Karen Shore said: “Our StreetCare Services team has a long-standing partnership with the Community Payback Team and the arrangement has produced excellent results.  I’m very grateful to everyone who has been involved with the work at Overleigh Cemetery, they have done a great job.”

Edwin said: “We’ve a really good relationship with the Council and have been happy to help maintain this very large, historic Victorian cemetery.

“Some people have even continued working here after their sentence has finished because they enjoy making a difference.

“I am delighted that they have been praised for a job well done.”