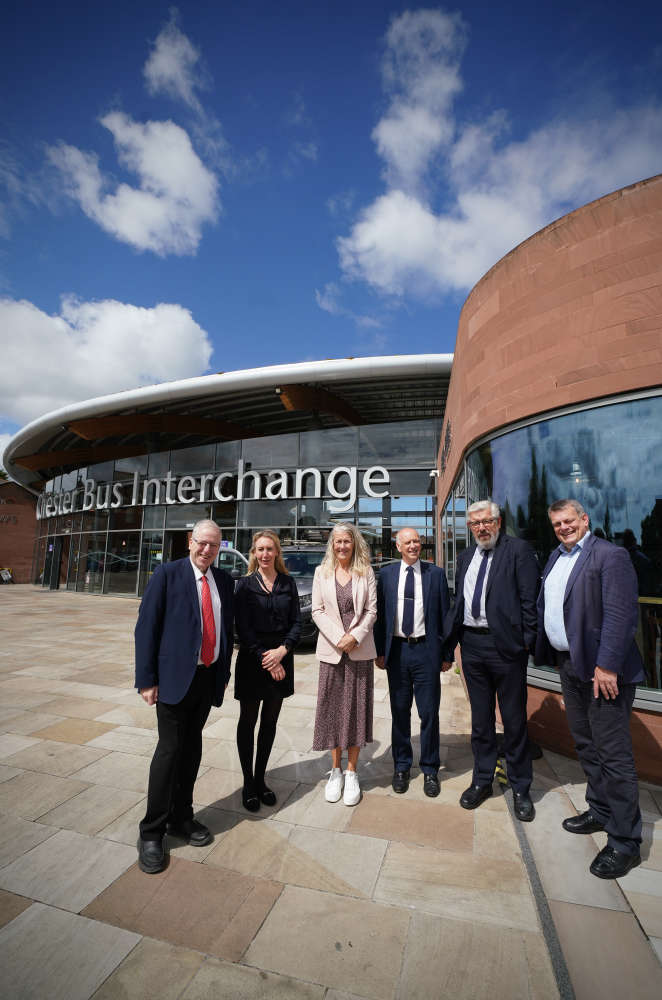 Lord Patrick McLoughlin, Chair of Transport for the North (TfN) and Martin Tugwell, Chief Executive of TfN met leaders of Cheshire West and Chester Council this week in Chester.

Councillor Louise Gittins, Leader of Cheshire West and Chester Council said: “We were delighted to welcome Lord McLoughlin and introduce him to Chester and the team working to improve our ambitious transport and travel plans.

“We are one of the partners promoting the aims of Transport for the North to transform pan-Northern rail connectivity, improve productivity and drive economic growth.”

Lord McLoughlin said: “This is a great example of how councils working together can make real changes to transport and in the case of Chester, cross-border travel with North Wales.”

Lord McLoughlin was shown around Chester by Councillor Louise Gittins who is Vice-Chair of the TfN Board, Charlie Seward, Deputy Chief Executive and Rose McArthur Director of Transport and Highways.

Stephen Jones, Secretary to the Board, North Wales and Mersey Dee Rail Task Force also joined the group, the Growth Track 360 initiative is promoting the improvements to rail travel from North Wales and across the Northwest of England.

The visit to Chester started at the Railway station, which is at the centre of The Chester City Gateway project including station improvements. The aim is to create stronger links between the train station, the bus interchange and the rest of the city, and improve local infrastructure such as Hoole Bridge.

The proposed enhancements for Chester rail station include an additional platform and new east junction.

Added Lord McLoughlin: “The Chester One City Plan links together a wide range of ambitious infrastructure projects that have already seen huge investments in Chester, and the Chester City Gateway project has the potential to attract further significant investment into the city.”

The group also visited Chester’s living roof Bus Interchange and saw the work that’s been done to improve the links between the train station, bus interchange and city centre.