Chester University recognised for its commitment to the Armed Forces 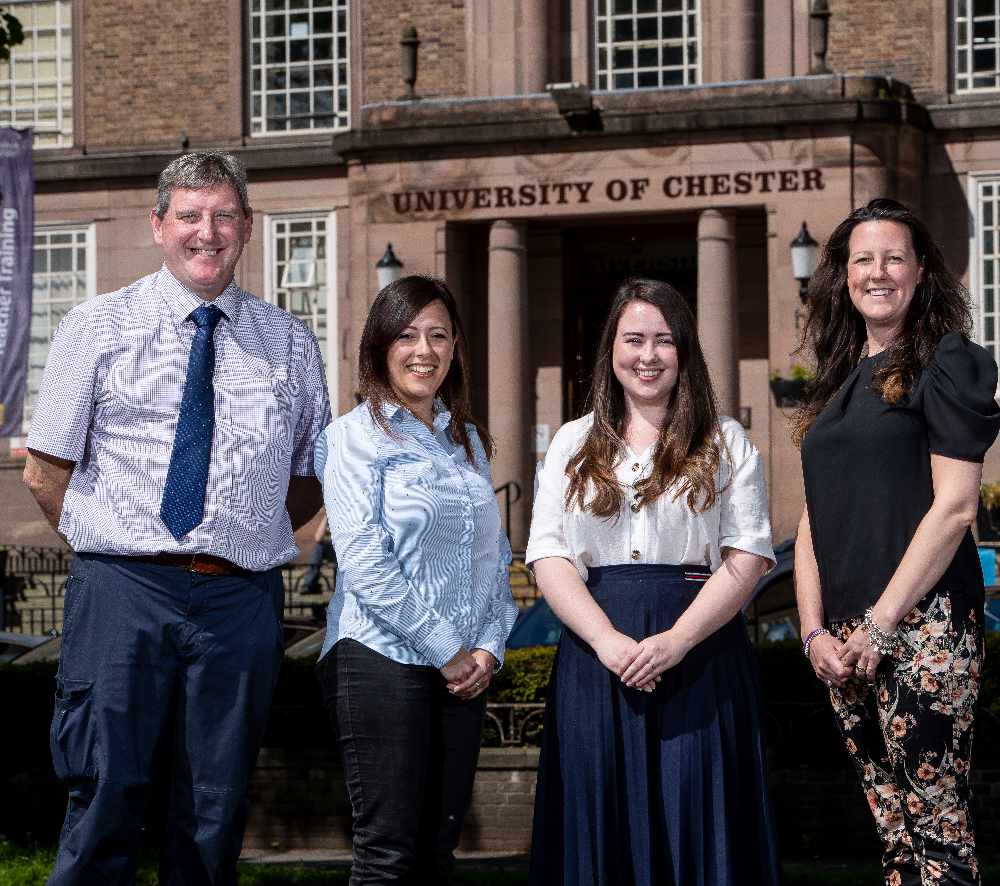 The University of Chester has received a Silver accolade, from the Ministry of Defence, in recognition of its support of the Armed Forces.

The University is one of 36 organisations from across the North West of England to have been awarded Silver under the Ministry of Defence Employer Recognition Scheme for their support to Defence and the wider Armed Forces community.

The University is home to the Westminster Centre for Research in Veterans, which supports the Armed Forces community through research, educational provision and community engagement. The University first achieved Bronze status in 2019.

The Employer Recognition Scheme was launched to reward employers who support Defence People objectives and encourage others to do the same. This includes employing serving and former members of the Armed Forces community, and demonstrating flexibility towards training and mobilisation commitments for Reservists and Cadet Force Adult Volunteers.

The University is part of the Cheshire Armed Forces Covenant Partnership, which is a commitment by civilian organisations in collaboration with the MoD to support the Armed Forces community. It is an opportunity to recognise the value of serving personnel, both regulars and reservists, veterans and military families and their contribution to the UK. This is built on recognition that Armed Forces personnel sacrifice some significant civilian freedoms, face dangers and are much more likely to sustain injury or death. Families also play a pivotal role in supporting the operational effectiveness of the Armed Forces and are embedded in the commitment.

The Covenant defines that those who serve in the Armed Forces, veterans and their families, should face no disadvantage compared to other citizens in the provision of public and commercial services. Special consideration is appropriate in some cases, especially for those who have given most such as the injured and the bereaved. This commitment includes voluntary and charitable bodies, private organisations, and the actions of individuals in supporting the Armed Forces.

Colonel (Retd) Alan Finnegan, Professor of Nursing and Military Mental Health at the University of Chester, is Chair of the Cheshire Armed Forces Covenant Partnership Committee and leads on veterans research said: “It’s great to be part of an organisation that is clearly committed to supporting veterans and their families, and I am extremely proud that we have achieved Silver status in just one year. Whilst this is down to the hard work and dedication of all involved, I would like to give a special accolade to Lottie Ainsworth Moore, who is our Veterans Administrator and a great ambassador for the Armed Forces Community.”

Johnny Mercer, Minister for Defence People and Veterans said: “The breadth and diversity of the winners this year shows how business support for the Armed Forces continues to grow no matter the sector, company size or location. I am grateful for the positive attitude and flexible policies these organisations have adapted towards the defence community, which is testament to the fantastic contribution our serving personnel, veterans and their families can make to any organisation. I am delighted that so many companies are supporting our people and that, through this scheme, we can give them the public recognition they deserve.”

Jan Cox, Regional Employer Engagement Director at the North West of England and the Isle of Man Reserve Forces’ and Cadets’ Association (NW RFCA), said: “On behalf of the Ministry of Defence, we are honoured to be able to recognise the support and commitment given to the Armed Forces Covenant by employers in the region, through the Employer Recognition Scheme awards. Each recipient has demonstrated not only that they support the Covenant and the Armed Forces community, but also that they are prepared to support their Reservists, Service Leavers, Veterans and Cadet Force Adult Volunteers in the workplace. The experiences and skills gained through service in the regular forces, with the Reserve Forces, or with the Cadet Forces, equips people with valuable life skills –self-discipline, confidence, communication, teamwork and leadership – all of which are in demand by employers.”

Pictured - The team at the Westminster Centre for Research in Veterans. (Photograph taken prior to lockdown).