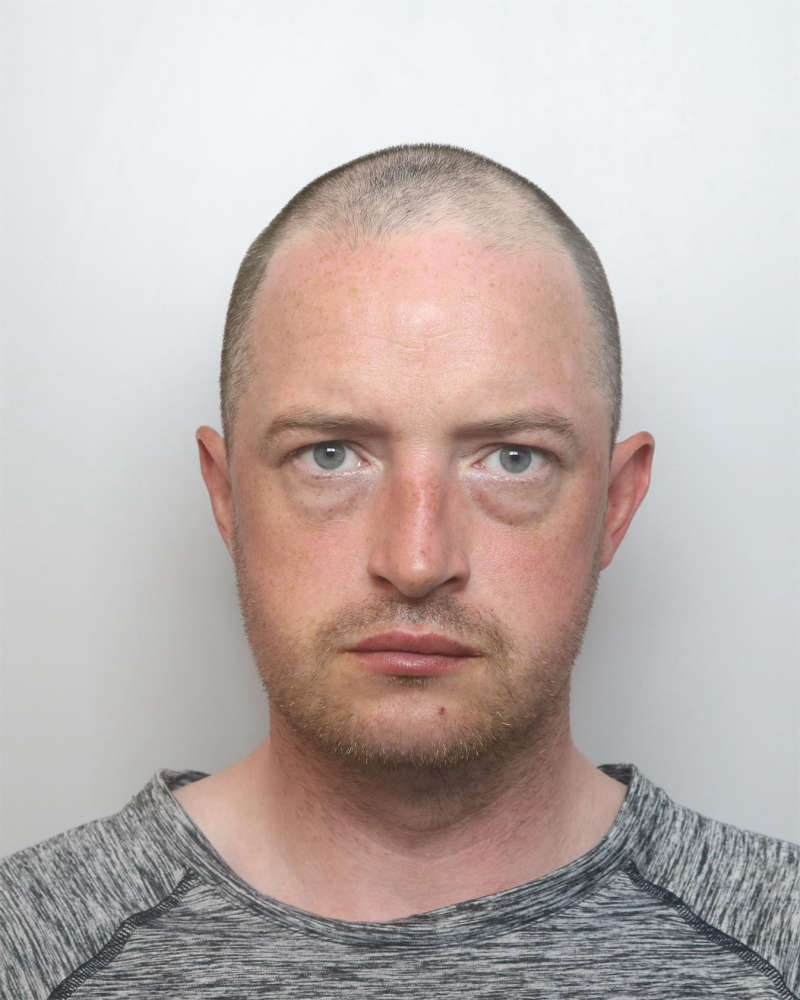 A man from Chester has been jailed for almost five years after pleading guilty to a series of burglaries in Ellesmere Port.

James Fox appeared at Chester Crown Court on Friday 5 August where he admitted two counts of burglary dwelling and threatening a person with a Stanley knife.

A fourth count of burglary other than a dwelling was allowed to lie on file after he pleaded not guilty.

The 31-year-old, of Sealand Road, Chester, was sentenced to four years and ten months in prison.

During the hearing, the court heard how Fox’s crime spree took place during a two-hour period on Monday 4 July.

His offences began shortly after 4pm when a homeowner on Thornton Road heard his front door opening. The owner decided to investigate and on walking downstairs he found Fox inside his house.

Upon confronting him, Fox claimed that he was there to “sell some brakes”, the homeowner told him that he had the wrong address, at which point he quickly left the address empty handed and cycled away on a bicycle.

Concerned by what had happened the homeowner decided to investigate where Fox had gone to, so he got into his car, but returned home after being unable to locate him.

After returning home, the man was sat in his car outside his address when he noticed Fox cycling past again.

The man decided to confront Fox about why he was inside his home. Following a short verbal exchange between the pair, Fox threatened the man with a Stanley knife.

Fearing for his life, the man ran into his address and called the police, meanwhile Fox fled the scene on his pushbike.

Police were quickly dispatched to the scene and, at around 5.30pm, as officers were searching the area, they were called to reports of a second break-in at a home on nearby Cambridge Road.

On this occasion, the victim reported that they had seen Fox breaking into their garden shed. The homeowner decided to film the break-in on their mobile phone before challenging him.

Fox quickly fled the address after being confronted.

The final incident took place at around 5.40pm, when a resident on Girton Road, reported that they had been sat watching television in their living room when their pet dog suddenly started barking and ran into the kitchen.

The victims went into the kitchen and spotted Fox leaving the address via the patio doors.

After quickly looking around their home to see if anything had been taken, the homeowner noticed that their keys were missing, so they decided to go outside and look for Fox.

As they left the address the noticed that Fox was on their driveway trying to use the stolen keys to access their car which was parked outside.

The pair confronted Fox and he quickly fled the scene on his pushbike, dropping the stolen keys as cycled away.

Despite an extensive search of the area, officers were unable to locate Fox on the night of the incidents.

However, Fox was quickly identified as the offender and arrested on Thursday 7 July after officers found him hiding at a friend’s address in Ellesmere Port. He was subsequently charged in connection with all of the incidents.

Following his sentencing Detective Constable Roy Wellings, from Ellesmere Port Proactive Team, said: “Fox is a prolific offender and I welcome the sentence that has been handed to him by the courts.

“These incidents were absolutely terrifying ordeals for the victims, to be confronted by an intruder in their home, the one place we should all be able to feel safe.

“Thankfully, we were able to identify Fox as the offender, thanks to the evidence provided by the victims and the information gathered by the team here at Ellesmere Port Proactive Team.

“I hope the fact that Fox has now been convicted of the offences and is behind bars facing the consequences of his actions gives some closure to his victims, and the local community.

“I also hope that this case acts as a warning to others who are looking to come to Cheshire to commit crime.”