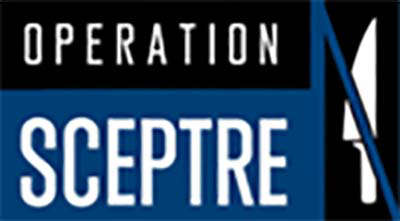 Cheshire Constabulary has numerous activities planned to support a national campaign to take knives off the streets and educate people about the risks of carrying bladed weapons.

Held next week – from Monday 16 to Sunday 22 May – Operation Sceptre aims to reduce the impact of knife crime in communities.

Cheshire’s police officers are committed to further reduce the number of knives carried on Cheshire’s streets.

The Constabulary takes a wide and diverse approach to tackling knife crime in its ambition to achieve weapons-free streets throughout the county.

The force’s considerable ongoing efforts in tackling knife crime will be intensified by enforcement and engagement initiatives held in Cheshire during the national week of action.

Some of the activity includes:

In Chester, Warrington and Runcorn, officers are going to be working with the British Transport Police at railway stations using overt and covert tactics.

T/Superintendent Sarah Heath, who is Cheshire Constabulary’s knife crime lead, said: “Nationally, knife crime is a growing problem, and the week-long Operation Sceptre campaign is an initiative that the force is always more than happy to support.

“We are aware that there has been a 13% increase in knife crime related incidents in Cheshire over the past twelve months.

“We will continue to keep a real focus on the issues that knife crime brings to Cheshire and we are determined to do whatever it takes to tackle it.

“Knife crime is an issue that the force tackles throughout the year, with officers working day and night to protect communities.

“When people carry knives, it is only a matter of time before someone suffers life-changing injuries or is killed, and if you carry a knife then you are much more likely to be involved in a knife crime.

“As all the statistics show, carrying a knife does not make you safer.

“We work together to achieve long-term change by educating young people about the dangers and futility of carrying weapons.

“Our goal is to achieve weapons-free streets throughout the county and we endeavour – through education, awareness and action – to make Cheshire an area where no-one carries a knife, or feels that there is a reason to do so.

“If you have any information regarding knife crimes, or those who carry weapons, please let us know.

Retailers also have an important role to play, by helping to ensure that weapons are not falling into the wrong hands. They are urged to have robust controls on the sale of blades, such as kitchen knives.

It is illegal to sell a knife to anyone under the age of 18, and anyone found carrying a knife in public, without a reasonable excuse, faces a prison sentence.

Keep an eye out on social media to see what we are doing to prevent knife crime in Cheshire.

To report any type of crime involving weapons, call Cheshire Constabulary on 101 or 999 in an emergency.

Information can also be passed to the force online via:

Anyone who knows someone that carries a knife can report it to Crimestoppers anonymously on 0800 555 111 or via: