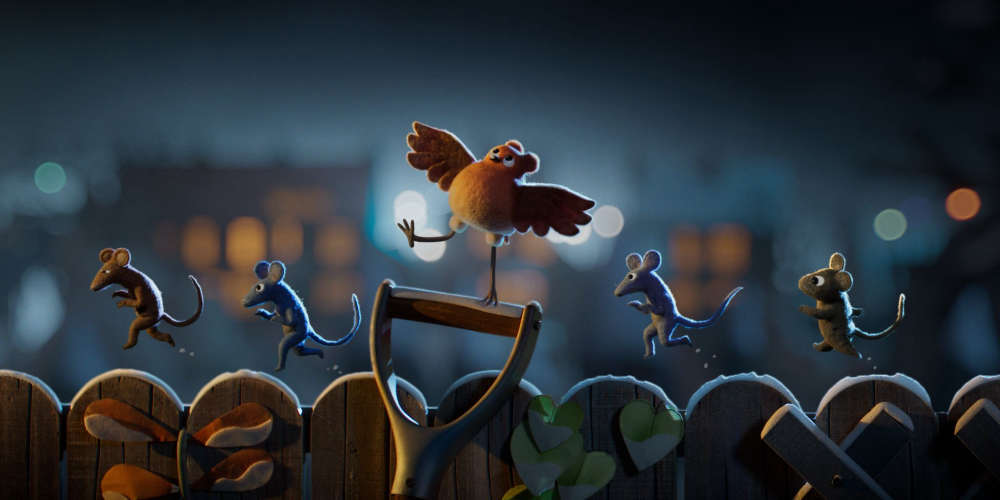 Families are invited to go on their own sneak adventure on the RSPB Robin Robin trail at Burton Mere Wetlands.

The RSPB in Cheshire is inviting families to go on their own sneak adventure this winter at RSPB Burton Mere Wetlands, the heart of the RSPB Dee Estuary reserve, with a Robin Robin themed adventure trail and exclusive activity pack to enjoy.

Robin is the star of the Aardman film, Robin Robin, available to watch on Netflix now.  Robin grows up with a family of mice who go on Sneaks to find food. Now you can join Robin on the Great RSPB Sneak at RSPB Burton Mere Wetlands.

The RSPB has partnered with Aardman and Netflix again to host bespoke Robin Robin adventure trails at RSPB Burton Mere Wetlands. This fun-filled trail will allow the whole family to experience the festive joy of Robin Robin, all while spending time in the great outdoors.

Running from 2 December to 8 January, young adventurers will be able to pick up their own special activity pack and follow the Robin Robin trail. The activity pack will be filled with fun things to help families make the most of their Sneak around RSPB Burton Mere Wetlands and discover more about the nature that lives there.

Audio trails will also be available at the nature reserve, voiced by Bronte Carmichael, the voice actor for Robin Robin. Other activities on offer will include storytelling events and robin themed crafts.

The RSPB Burton Mere Wetlands mail-order shop will have Robin Robin books, soft toys, felt sets, an exclusive Robin Robin pin badge and products on offer to help families look after robins and other wildlife at home this winter.

Dan Trotman, RSPB Visitor Experience Manager, said: “We are so excited to be working with Aardman and Netflix again to celebrate the festive magic of Robin Robin at Burton Mere Wetlands. Our exciting trail will allow families to go on their own sneak adventure and immerse young adventurers in the Robin Robin story and bring it to life amongst nature. We hope the film and our trail can inspire everyone to discover robins and other wildlife near them and get outside in nature.”

Dan Ojari and Mikey Please, co-creators and directors of Robin Robin, say: “We’re thrilled that Robin has been invited back for more adventures at RSPB Burton Mere Wetlands. That Robin might help our younger audience engage with wildlife, getting them away from screens and out into the wonderful world of actual nature, is a fabulous result to come from years of moving tiny puppets bit by bit by bit! In this critical time, when the irreplaceable value of nature is evermore under threat, it is our continued honour to stand by and support the RSPB.”

There’s no need to book ahead for the trail, but tickets are needed our special Robin Robin storytelling event on Thursday 22 December; just visit:

Please check the opening times of RSPB Burton Mere Wetlands before visiting due to shorter opening hours over the Christmas period, visit: