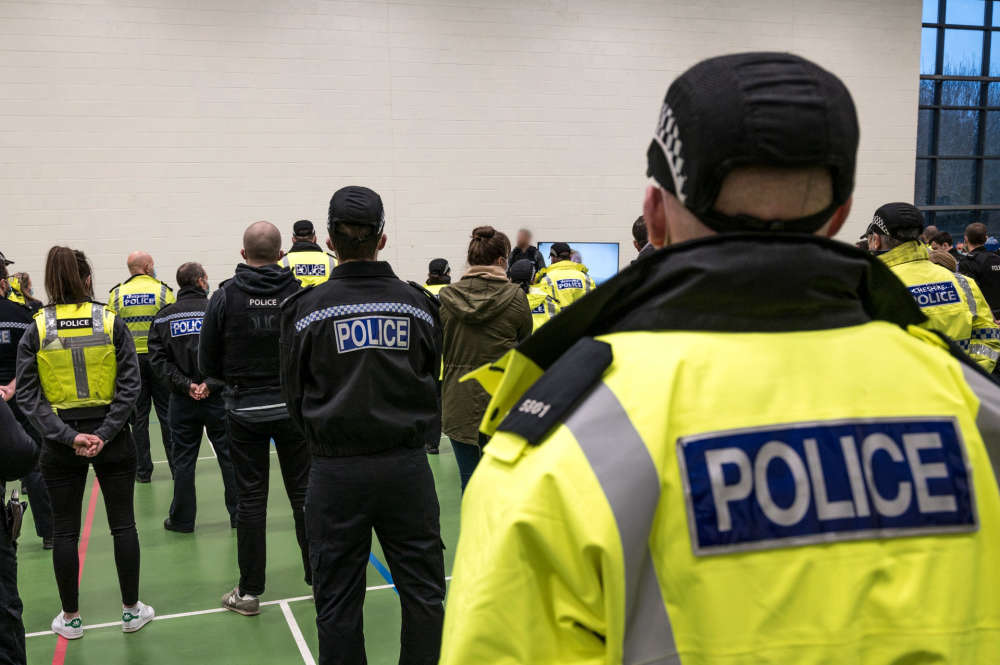 A 72-hour operation aimed at targeting and arresting domestic abuse perpetrators across Cheshire has been launched.

This force-wide operation will see the Constabulary continuing with business as usual, with a focus on arresting wanted domestic abuse perpetrators.

Each Local Policing Unit (LPU) will continue their ongoing work in locating wanted domestic abuse offenders with additional support from the Special Constabulary.

Two webchats will also be held during the operation, one of which will be held on White Ribbon Day (25 November) – an awareness day that hopes to end male violence against women.

School liaison officers will also be visiting education settings to speak to and educate children and young people about domestic abuse and how to spot the signs.

T/Assistant Chief Constable Una Jennings said: “The message is simple - if you are a domestic abuse offender, we will be using the full force of the law against you.

“During this operation, we will be using all the resources available to us to reinforce the excellent work we do on a daily basis to keep Cheshire safe but also be strengthening the support to those affected by domestic abuse.

“This is a crime that can affect anyone, regardless of age, gender or race, and we know that by targeting offenders and potentially helping them realise how their behaviour is wrong we can combat this issue.

“Domestic abuse has no place in any home in Cheshire and we will do all we can to protect our communities.”

Domestic abuse is not just physical violence, if you are threatened, made to dress or look a certain way, have no say over your day to day activity or are constantly criticised it is still abuse.

T/ACC Jennings added: “Residents may see extra patrols out and about across the county and I would urge anyone with any concerns to speak to their local officers.

“Domestic abuse is not normal and it is not OK, it is not a matter of course in any relationship. We also understand that every case is different and must be treated as such.

“If you are in an abusive relationship, or suffering at the hands of family or carers, it is not your fault and you do not have to stand for it.

“I would urge anyone who is affected by domestic abuse to seek support and report any concerns to us to help and bring offenders to justice.”

Anyone with any concerns regarding domestic abuse can call 101 or report online via:

We know not all victims of domestic abuse want to speak to police, and advice can also be sought from Open the Door via: