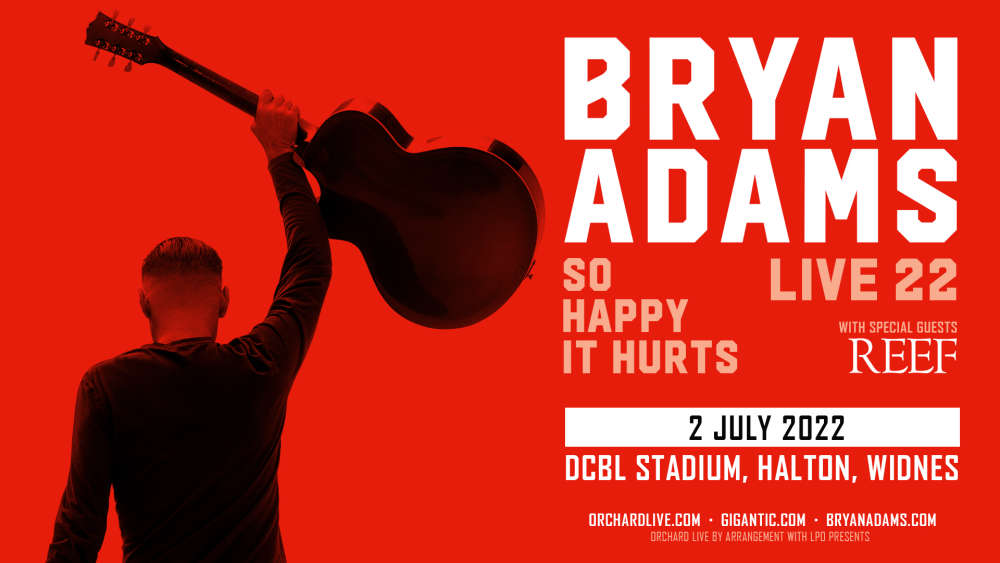 As Canada's best known ambassador, Bryan Adams has spent the last three decades making music history with chart-toppers such as Summer of 69, When You're Gone, and the irrepressible Everything I Do. He has sold upward of 65 million records, toured six continents and achieved #1 status in over 40 countries around the world. Bryan has also been awarded the Order of Canada, has been inducted into the Canadian Music Hall of Fame and has a Star on Canada's Walk of Fame. Adams has been nominated for, and won several Academy Awards, Golden Globes and Grammy's, has a Star on the Hollywood Walk of Fame and has been inducted into Wembley's Square of Fame. Having toured all over the world and worked with some of the best names in the business, Bryan Adams is one of the biggest solo artists of all time.

West Country rockers fronted by Gary Stringer who first found fame in the mid '90s, thanks to their song 'Naked' being used in a Sony Minidisc commercial.

Perhaps best known for their '96 top ten hit 'Place Your Hands', which was adopted by Chris Evans and is still played in indie and rock clubs across the country today, along with chart-topping second album 'Glow'.

The event runs from 4:30pm to 8:00pm on the following dates.
Select a date to add this event to your calendar app.