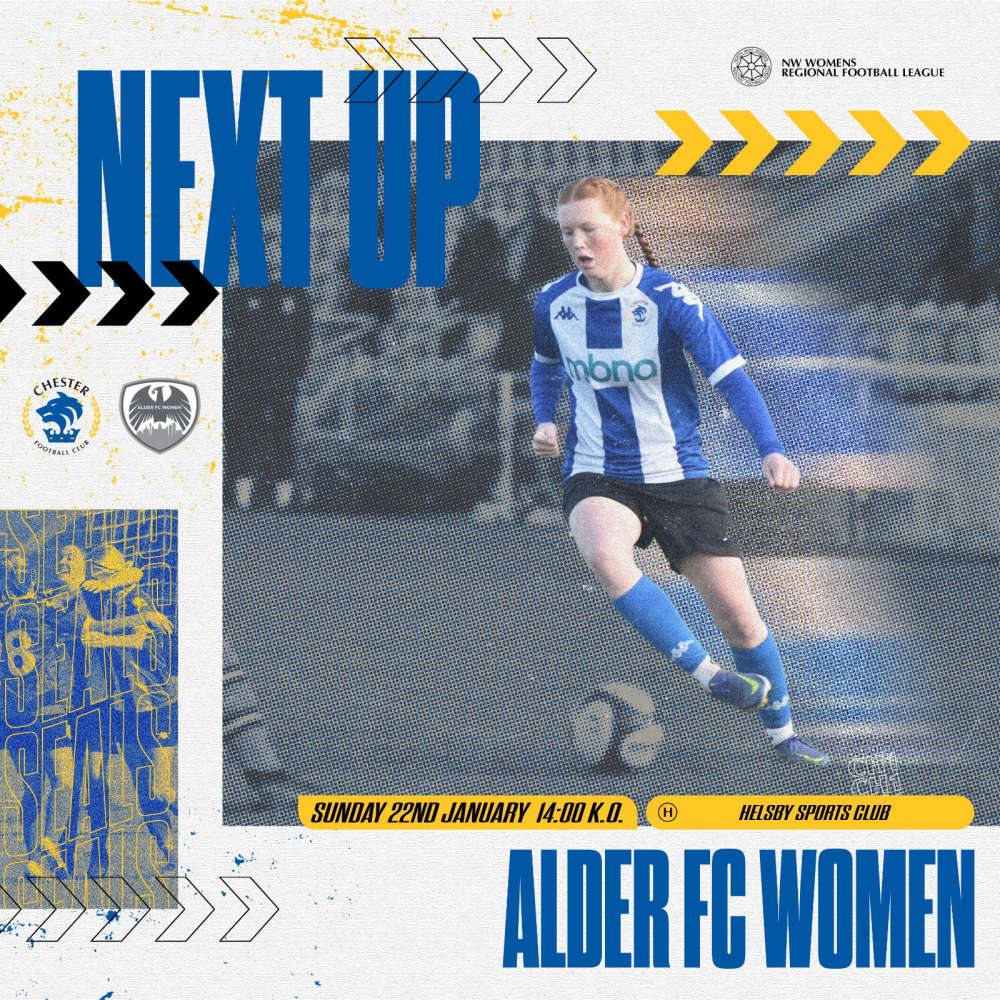 The Blues made it an impressive three wins on the bounce in all competitions last weekend with a 4-1 win against Nantwich Town FC Ladies in the Cheshire County Cup, the first time this season that Chester have won three consecutive games. Martin Fitzsimons’s side will be looking to carry their good form into this weekend knowing that a win and results elsewhere could see the Seals finish as 5th in the table come full-time.

Ahead of Sunday’s game Chester find themselves in 7th place in the table three places and four points above this weekend’s opponents having played four games less. Having played significantly less league games than the teams around them in the league, Chester will be hoping to capitalise on their games in the hand push up the table.

Sunday’s visitors Alder FC Women have endured a tricky league campaign to date, they find themselves in 10th place ahead of this weekend’s trip to Chester. Alder have only picked up three wins from a possible twelve this season to date with nine points on the board. A win on Sunday could see them climb two places to 8th in the league, a place behind Chester.

“ Sunday was a case of ‘job done’ the first half we were nowhere near our best, but at the same time we didn’t panic. Nantwich made life difficult for us, and when they went 1-0 up, they had something to hold onto and made it even harder for us. That being said, we felt comfortable in the game and did well to eventually break them down before half time to go in level. Second half we looked something like ourselves, took control of the game and our combination of Molly Wood and Emma Gray proved very effective. “

“ It was a great workout for us , in our first game in over a month. We went through the gears a lot to some what we expect still someway to go to get where we were before the break. But it was a pleasing start to 2023.